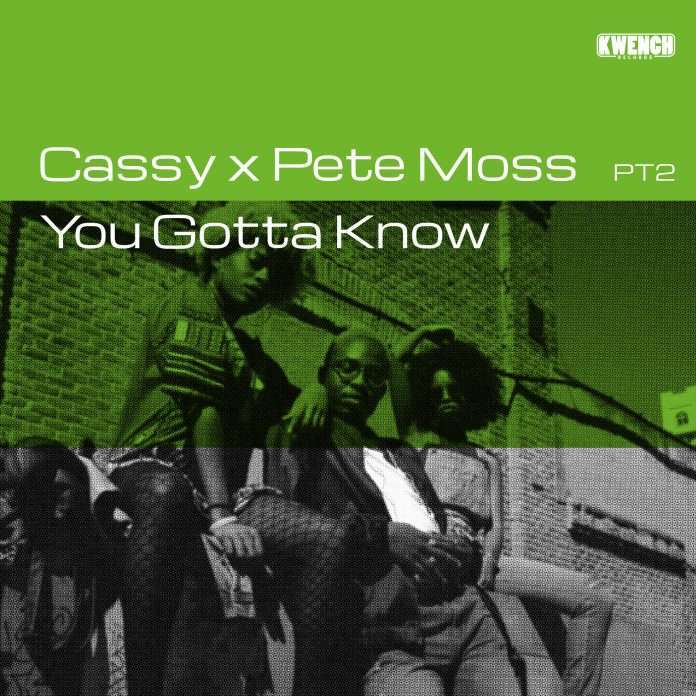 Keeping to mind that Cassy’s motive was to produce with esteemed artists that she personally came to admire, to be enlisted on two EPs is a testament to Moss’s finesse. For Marquis Hawkes, Cassy’s admiration runs deep into his ability to expertly produce quality house music on many levels. Last year he had three critically exclaimed releases on Aus Music, with ‘The Basement Is Burning’ securing its place as a summer smash.

“Marquis is a house music producer in all its variations. I first listened and connected to him on labels dedicated to Chicago house. It is very extraordinary how he can be so good at making so many different types of house tracks and smash it. So happy he is part of particularly this release” – CASSY

Hawkes blazes into ‘I Want To’ wielding sharp kicks and soaring pads, creating a mesmerising track that’s sure to elevate clubbers. On the B-side, Cassy and Moss’ ‘You Said’ breaks the silence and grabs us with the kind of spacey, distorted vocals that are sure to hypnotise listeners. Hawkes then leaves his mark by offering a euphoric slab of dance floor fodder that’s driven by a robust bassline for those peak time moments.