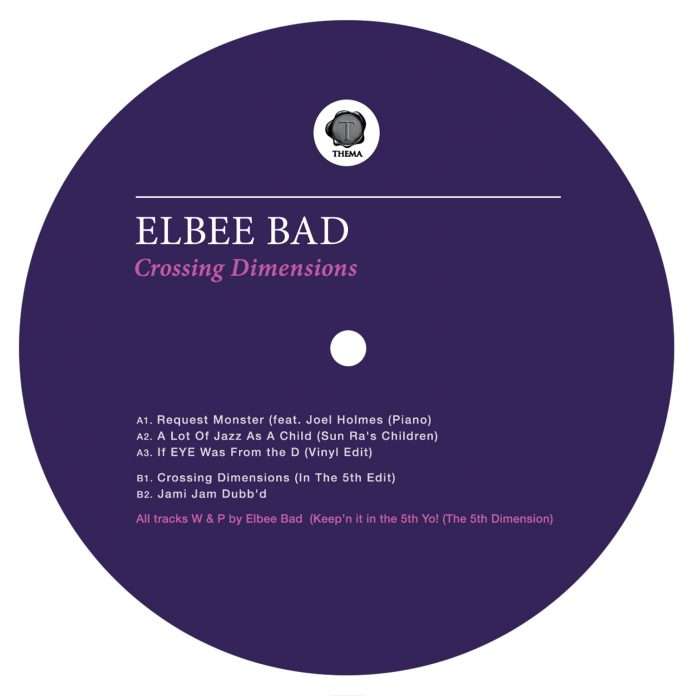 Launched in New York during 2006, Thema’s discography is astonishing having released music by Norm Talley, Ark, Christopher Rau, DJ Slip, Oskar Offermann, and many more. Relocating to Berlin a couple of years ago, the label enjoyed a short break before returning with a release from DJ Spider this year. Respected New York house producer Elbee Bad aka Lamont Booker now follows with his debut release on the label.

Prolific since the 90s, Booker is a true musician and bona fide house legend who’s played a central role in shaping the New York house sound, with Rush Hour dropping retrospective releases of his work. Although he’s been a key figure in dance music for many years, the illustrious artist is currently killing it as a DJ in Berlin’s scene when not making refreshingly futuristic music and his next outing on Thema is exemplary of how versatile he can be.

Deep chords and a mesmerising looped sample set the tone in ‘Request Monster’ whilst Joel Holmes supplies a melodic masterpiece on the piano. Moody bass, distant trumpets and soulful vocals then make up ‘A Lot Of Jazz As A Child’, leading into the rattling percussion and growling low-end of ‘If EYE Was From The D’. Nearing the end, powerful kicks, jazzy keys and serene strings make up ‘Crossing Dimensions’ until ‘Jami Jam Dubb’d’ concludes the package with stomping drums and a meandering organ.