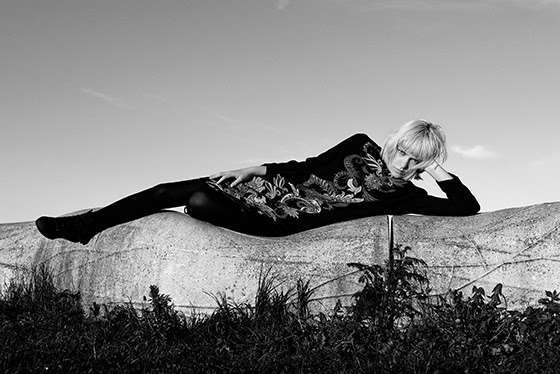 The electronic musician and songwriter Lydmor opens the door into an edgy universe with her new single ‘四 Claudia’, where something dark and wrong lurks in the shadows of bodies and hotel rooms that suddenly transform into Parisian luxury suites with panthers wearing diamond leaches. Musically and lyrically you can submerge yourself in the many layers of the song. 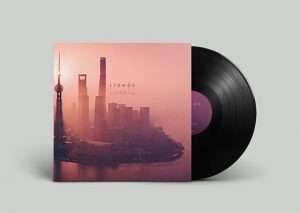 ‘四 Claudia’ is a tour-de-force in dynamics and efficient build-up. From soothing electronic details the drama soars towards thundering cascades of synths in the techno-infused climax. As the musical drama intensifies, the lyrics grow into a reciting poem, rich with metaphors, with Lydmor both describing the situation and at the same time tears the patriarchal ideal to shreds.

She explains: “The song is a female declaration of power against the patriarchate, symbolized in the line: ”Behold, Money, I am woman!” Meaning: ”I observe you and I don’t want you, because I’m stronger than you”. The lyrics are based on a poem detailing how a rich man manipulates a woman’s life, but in the end, she emerges victorious and on top. A feminist manifest for sure and a song about the horrible power tools grounded in sexuality, money, politics and submission. Based on personal experiences and presented as disguised art. If I revealed who Claudia truly really is, it would ruin the lives of certain people.”

Once more Lydmor directed the new video herself based on footage from Shanghai and Copenhagen, watch ‘四 Claudia’

Lydmor will be touring Europe in Fall for the release of her album ‘I Told You I’d Tell Them Our Story‘ out on the 28th of September. The artist lived in Shanghai for several months in 2016 which inspired her to compose her next solo album. A promising electronica Danish artist worth keeping an eye on. Read more about Lydmor and the story behind the album here.