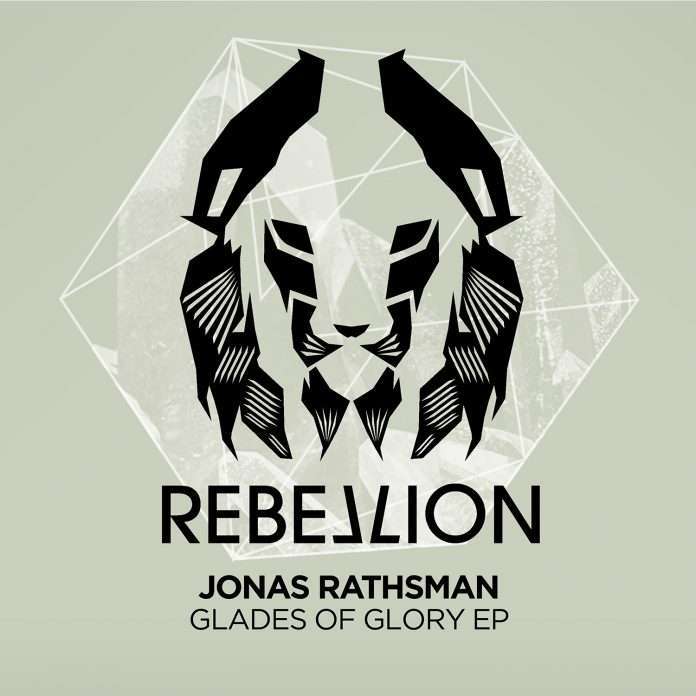 Swedish powerhouse, Jonas Rathsman, is proving to be an unstoppable musical force. He delivers an exceptional and emotive production on Rebellion this September.

Speaking of the EP Jonas says: “I had just moved into my new studio after such a long journey getting it built. This EP feels like a celebration of freedom and being able to create again. All three tracks came together so quickly, and I think that the excitement of having all of my studio tools back in front of me played a big part in that. I have been road testing these for the last few months, and have seen some great reactions that made it worth the wait.”

Title track Glades Of Glory is charged with suspense, drawing you in with its tribal beat. As it builds, a soft yet heavy baseline is layered beneath. Analog Fling brings an enticing and exotic element to the table with a haunting rhythm that builds up to a dramatic drop. Closing track Pregnant Rainbow errs on the darker side providing a bumpier vibe with a mysterious vocal hook that’s laced with bird song and a bewitching flute.

Jonas Rathsman’s rise to the top has been nothing short of meteoric. Last year saw him design and build his own studio complex from scratch as well as launching his ELEMENTS brand that has expanded to encompass parties, a mix series and a label, which has recently seen its 7th release. The inaugural release came from Jonas himself. Aside from this, he’s also released on greatly respected imprints including Diynamic, KX, Crosstown Rebels and Mobilee.