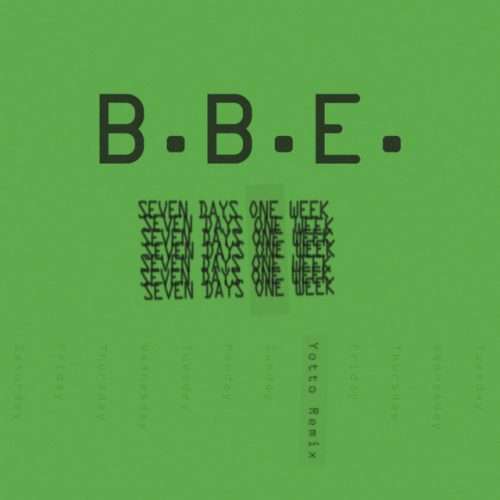 Firm Anjunadeep favourite, Yotto, has delivered an eclectic rework of 1996 B.B.E. classic ‘Seven Days and One Week’. A Finnish DJ and producer, who made his BBC Radio 1 essential mix debut on Pete Tong’s show this year, Yotto is best known for his work with both Above & Beyond’s iconic Anjuna label and Joris Voorn’s ‘Green’ imprint. Adding his signature sound to the track, the Finn utilises B.B.E.’s notorious hook and sprinkles a slice of his melodic style giving the rework a 2018 twist.

The original hit number #3 in the UK charts back in 1996 thanks to techno trio B.B.E. made up of Italian producers Bruno Sanchioni, Bruno Quartier, and French artist Emmanuel Top. With Yotto set to release his debut album ‘Hyperfall’ on 7th September, the DJ and producer has already left a footprint across the industry, gaining support from the likes of Kolsch, Solomun, Eric Prydz and Danny Howard en route to scoring 5 ‘Essential New Tunes’ and 3 ‘Hottest Records’ on BBC Radio 1.