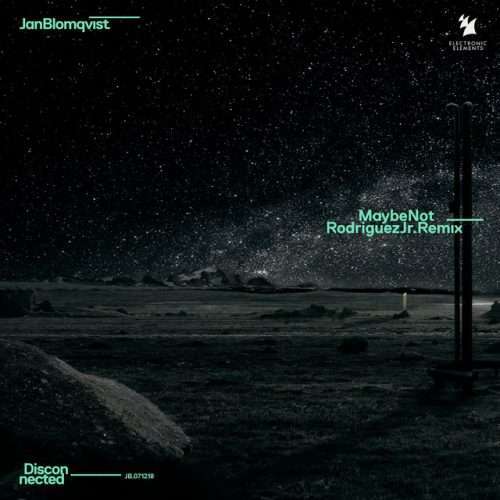 Jan Blomqvist – Maybe Not (Rodriguez Jr. Remix)
Championed to have invented concert Techno, Berlin-based electronic artist Jan Blomqvist recently released his new album ‘Disconnected’, initially broken down and released across three mini albums over the summer. In the age of social media, ‘Disconnected’ explores the meaning of being disconnected, drawing on themes of broken connections, incoherent narratives and escapes from reality.

The first out of a string of remixes to come, this tranquil take on album track ‘Maybe Not’ comes from the hand of French DJ/producer Rodriguez Jr. Offering a soft and melodic rework of the track, this remix provides a slowed edit of the original, maintaining the distinctive vocals, gentle piano chords and high-pitched synth lines as they glide and build in unison and create a sense of tranquility.