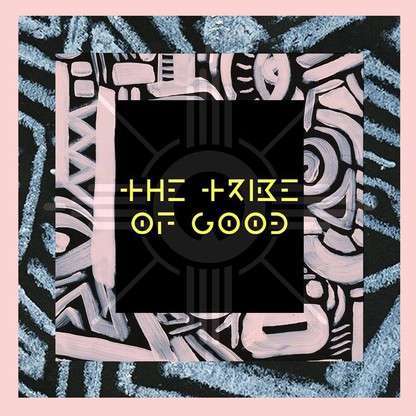 London-based music collective The Tribe of Good release their brand new single ‘Heroes’ on January 18 via Ultra Records. The track, which is an interpretation of David Bowie and Brian Eno’s 1977 classic ‘Heroes’, is the second single to be released from their forthcoming album succeeding the uplifting string-laced jam ‘Turning It Up For The Sunshine.’

Topped with extra sprinkles of cosmic electronica, The Tribe of Good have drawn musical influences from both vintage and modern day creative techniques to rework the classic and perform it in an entirely different way. “The backing track is contemporary electronica crafted by Michele Balduzzi (AKA Phonat – dubbed by Skrillex as the most underrated producer in the world) while the vocals are radically re-interpreted as a female vintage soul song, recorded entirely on 1950s equipment.” says Hal Ritson – the Grammy-nominated mastermind steering the group into the spotlight.

“The hallmark of a great song is that it can be performed in a totally different style, and not only still work, but can suddenly reflect new and different aspects of the writer’s original vision.”

When speaking about the track Ritson said: “We were drawn to Heroes as a song, because in this time of conflict and division people can often feel hopeless and insignificant. Bowie’s message that every one of us can make a difference in the world, in our own personal way, seems as vital now as the day it was written.”

The Tribe of Good are the secret weapons behind your favourite chart hits. This sprawling supergroup combines vintage soul and disco with modern production techniques to create explosive retro-futurist fireworks that light up the pop horizon. Headed up by Grammy-nominated producer Hal Ritson (Dizzee Rascal, Chemical Brothers, Kanye West, Katy Perry, Duke Dumont, High Contrast,) the group’s ethos is one of unabashed positivity and brawny resistance.