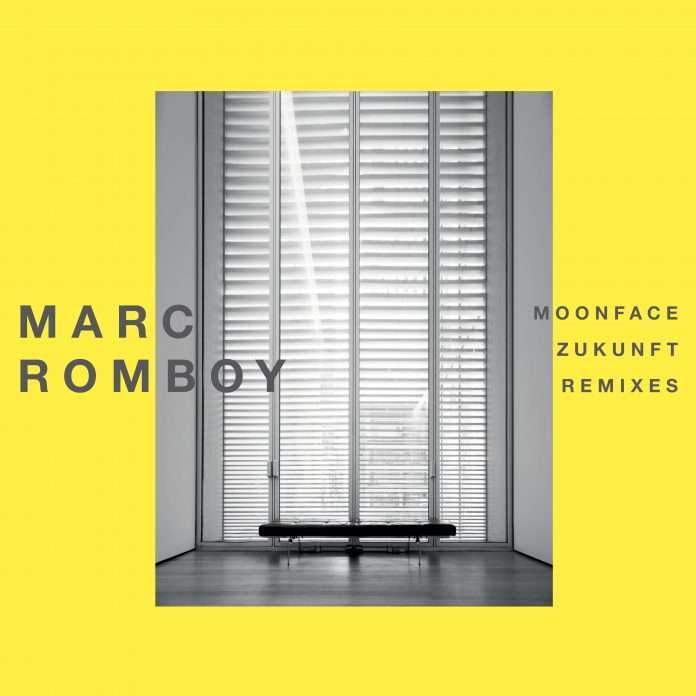 Marc Romboy’s masterful EP Moonface/Zukunft is given the remix treatment from some of the scene’s most credible and sort after producers. John Digweed & Nick Muir, Mathame, Third Son and Jonathan Kaspar all provide their own version.

John Digweed & Nick Muir are the first to step up with their mind-bending and progressive take on Moonface. The pair manage to retain the otherworldly vibe of the original, whilst adding elements that create an intense and driving number. Mathame, the project of brothers Amedeo and Matteo Giovanelli, take the track deeper, constructing a euphoric, trance-influenced number glistening with euphoria. Next to get the rework treatment is Zukunft. Third Son’s Rave Mix is precisely that. A perfectly executed rave track reminiscent of the acid house era. Resident of the famed Gewölbe club Jonathan Kaspar’s interpretation incorporates a pacing beat, conjuring up an intense atmosphere, bringing the package full circle.

A name synonymous with quality and one that remains relevant today, Marc Romboy has an illustrious musical career under his belt. He’s released on some of the industry’s most refined labels including Gruuv, Ovum and 20/20 Vision. His own label, Systematic Recordings, started in 2004 and has become hugely influential in the industry, signing music from big names including Booka Shade and Stephan Bodzin.