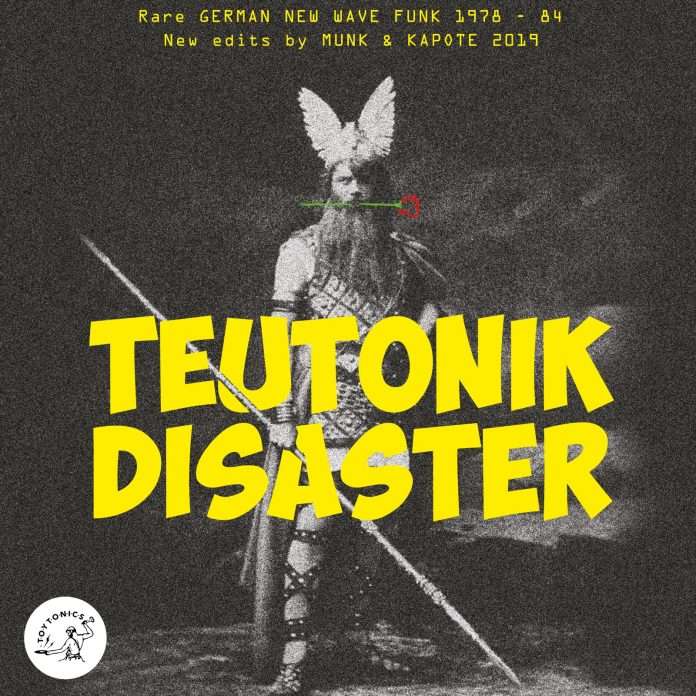 There have been millions of typical disco edits in the last years. But there is so much more interesting music from the late 1970s and early 80s yet to bubble its way to the surface. One of those lesser explored fields is the crazy funky side of Germany’s underground disco and new wave from that period. At the time, many German bands were trying to make their own version of English and American styles. After Kraftwerk and Can had started to use the German language in a cool, new way, many bands that followed in their steps experimented with German new wave. Most of these bands didn’t reach a bigger audience. Their records never got pressed to more than 300 – 500 copies as they were a number of years ahead of the huge commercial explosion of German pop in 1984: The NDW aka “Neue Deutsche Welle”, with Nena’s humongous hit 99 Red Balloons. The bands featured on the compilation released their music before the NDW hype and later broke up. Plenty of these early bands are best forgotten but if you dig deeper you’ll find the gems, bursting with style and attitude. And that’s just what Toy Tonics heads Mathias Munk Modica & Kapote did. They hit gold.

Most of these tracks have already been released on the original “Teutonik Disaster” compilation in 2003 on Gomma Records. Gomma was the label that Mathias Munk Modica started before Toy Tonics 15 years ago, where he released records with James Murphy, WhoMadeWho, Asia Argento… Gomma is not active anymore, but it felt like the right time to re-release this compilation in 2019. Munk and Toy Tonics partner Kapote made new versions of these rare songs, adding drum machines and extended them. The result is unbelievable music, heavy funk basslines, soulful vibes, cool vocals that you would be hard pressed to expect from Germans and a vibe that slots in perfectly in 2019’s post-techno and post-deep house scenario.