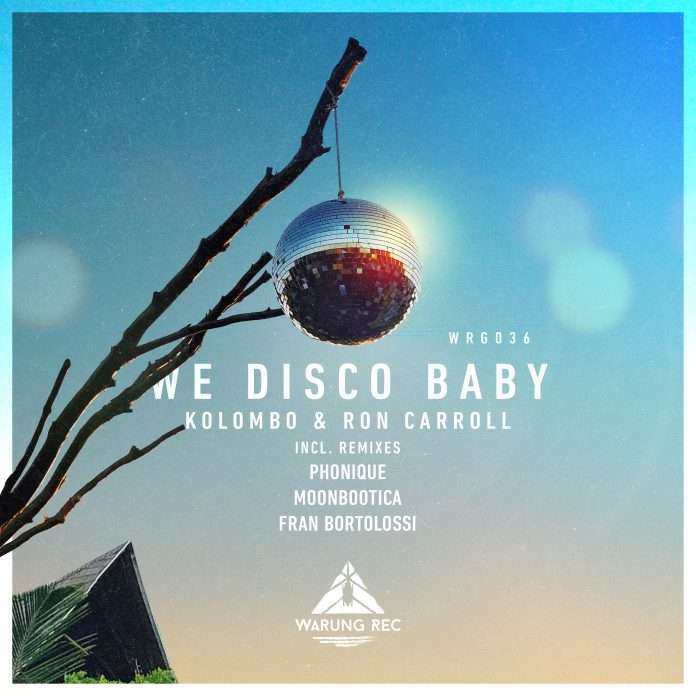 Brazil’s most celebrated club and label Warung is back with more essential club beats, this time from Belgian Kolombo, with ‘Legendary vocalist Ron Carroll” also featuring and remixes from Phonique, Moonbootica, Fran Bortolossi and two dubs.

Kolombo has released on this label as well as the likes of 2DIY4 and Kompakt before now, establishing himself as a key player in the house scene. Here his single with Ron Carroll We Disco Baby is a driving house number with a twisted acid bassline. The raw percussion adds real edge and vocals layer up the intensity so this one is sure to make a real mark.

Phonique flips it into a smoother, deeper house tune with freaky vocal vibes, Moonbootica injects some twisted synth lines that frazzle your brain as it snakes throughout the tune and Fran Bortolossi comes up with a more serene and spaced out version for the dead of night thanks to its great melodies. Two top dub versions complete what is a fine package.