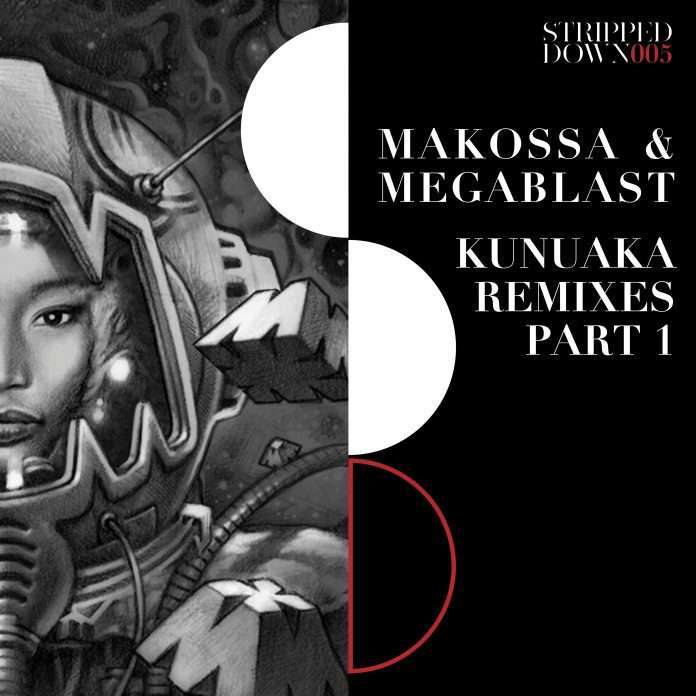 Kunuaka was an all-time classic album on G-Stone Recordings that fused dub, house and electro across two slabs of vinyl. It took you on a real trip through many different sounds and styles and two originals are included here next to the remixes, which will be followed later in 2019 by a second remix package.

1. Like A Rocket feat. Capitol A (Reboot’s Spaceman Rework)
2. Galaxy 82 (Sobek Remix)
3. Galaxy 82 (Claudio Ricci Remix)
4. Like A Rocket feat. Capitol A (Original Version)
5. Galaxy 82 (Original Version)
First to go is Reboot, a long-time advocate of stripped down grooves on labels like Cadenza and Get Physical. His eight-minute masterpiece is a warm, underlapping house cut with sub bass and loose synths getting under your skin.

Moblack and Monaberry artist Sobek goes for something superbly slow burning, layering up the poignant synths and drums into something that is poised and grandiose.

Next up, Ibizan based label boss Claudio Ricci is in fine form as he reworks ‘Galaxy 82’ into an upbeat bit of classy techno with serene Detroit pad work and thoughtful keys taking you into the future.

Last of all come the two still vital originals. ‘Like A Rocket’ feat. Capitol A is groovy, late night house with rapped vocals and a musical bassline that wriggles its way into your affections, and ‘Galaxy 82’ is a wonderfully woozy adventure through the cosmos with spacey pads and floating grooves.

This is a fantastic package that mixes the old with the new and turns out great results.

Deep ConnectFM 41: Tracks of the Week