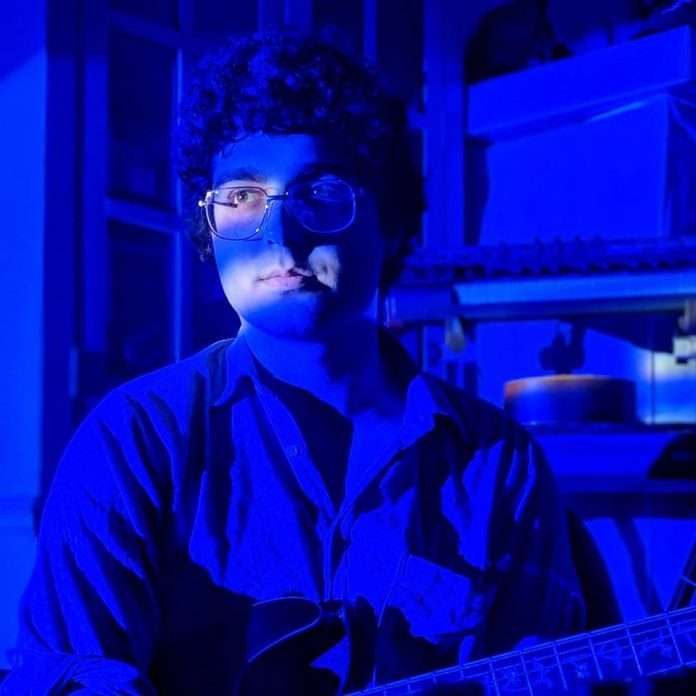 Songwriter, producer and multi-instrumentalist Dominic Wolf is the rendering of the one-man band. Dominic has been writing his own music since the age of 10 and has since forged his own unique sound, combining elements of electronic, rock and guitar music. Wolf’s debut single “Thieves of Today”, released independently, has so far amassed over 100k Spotify streams.
Dominic Wolf has spent the past year building a collection of organic sounds and samples he is using throughout his live set and upcoming releases. From salt and pepper shakers to sesame seeds, an old popcorn box or the swooshing sound of spray deodorant, no object in Dominic’s home studio has been left untouched and unrecorded.
These are the sounds and samples that can be heard on Wolf’s new single “4 A.M.”, part of the upcoming EP “Feed My Brain”.