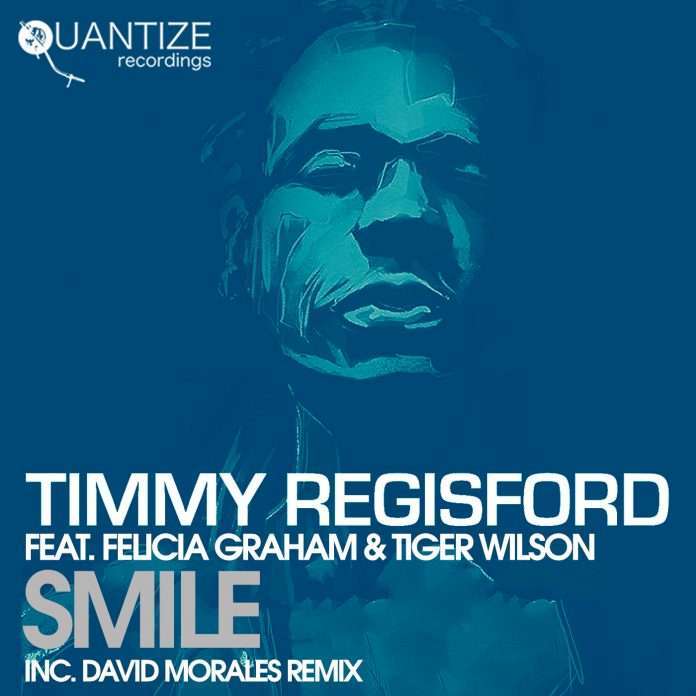 Taken from his newly released ‘7pm’ album on Quantize, Timmy Regisford reveals the next single from the album with a delicious cover of Mary J Blige’s ‘Smile’, complete with new renditions from the New York legend himself, along with the mighty David Morales. Featuring Felicia Graham & Tiger Wilson on this beautiful soulful duet, Timmy offers up an earthy afro-house remix with hypnotic rhythms and soothing melodies and a sublime organ mix, injecting some impressive key slaying. David Morales adds his Midas hit-making touch, sprinkling some of that classic Def Mix magic, taking the vocals to a euphoric level, backed by emotional pianos and strings, deemed to make the whole dance floor ’Smile’..

New York Based Producer /DJ Timmy Regisford is known for his brand of soulful dance music. Timmy ’s impressive career has seen him work with and sign the likes of Loose Ends and Colonel Abrams, Guy and Eric B & Rakim. Blaze, Patti LaBelle, Bobby Womack, Gladys Knight & the Pips, Diana Ross, Stevie Wonder and many others. Timmy co-founded the legendary Club Shelter parties in New York City, which continue today. The inception of his internationally acclaimed club parties over 25 years ago helped create the modern soulful / afro dance sound and shaped the face of house music around the world. Timmy’s much sought after productions and remixes include gracing Shelter Records, Restricted Access, and Unrestricted Access with over 157 releases. In 2011 Timmy released his highly acclaimed ‘At The Club’ artist album on Tribe Records spawning the hit single of the same name featuring Lynn Lockamy. Then Spring 2019 saw the release of his hugely welcomed ‘7PM’ album, featuring the hit single ‘Falling In Love’ alongside 16 new unreleased tracks on Quantize Recordings.