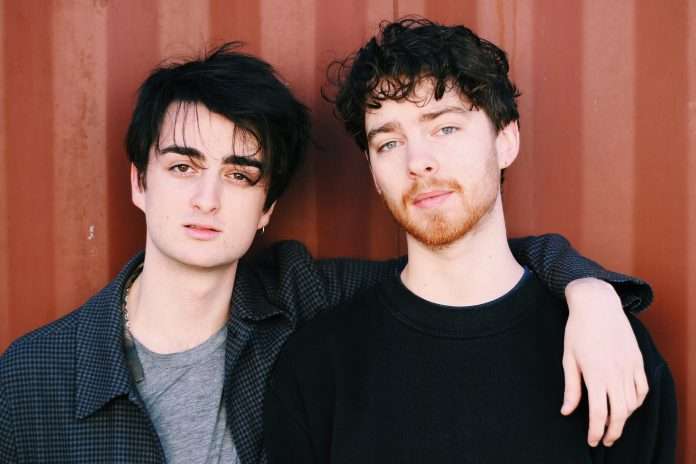 English duo Cousn release a tantalising remix of Midfield General’s classic Devil in Sports Casual on Skint Records. Having taken the scene by storm, the boys last release, Brain Ticker, has amassed over 150,000 plays on Spotify in less than one month. Add to that their upcoming performances at Glastonbury, including playing the iconic Rabbit Hole stage, as well as their minimix for Annie Mac’s BBC Radio 1 show on the 28th of June.

“You make the music go back and you hear Satan speaking…”

Due largely to the dominance of Virgin & HMV in the music retail wars of the late 90’s, independent dance labels were often forced into over ordering of vinyl stock – it is for this reason, and this reason alone, that there are currently 64 copies of Devil in Sports Casual available for 0:49p. So why revisit a track that 303 people have and only 31 want??

Well, one reason is that the 20th anniversary of the Midfield General’s debut LP Generalisation is approaching in 2020 and we thought we should get some remixes done.

The main reason however is that we love Cousn – the dynamic duo from Bristol – we knew they were right to remix Devil in Sports Casual when we heard their track “Before It’s Too Late” – a rant and a breakbeat, all perfectly engineered for the dance floor. Their Unholy Remix brings the original version 22 years into the future… and you know that.

Cousn are beginning to make real headway in the electronic music scene. Growing up in close-knit musical families, Alfie & Billy Goffey formed the duo after attending Glastonbury when they were sixteen years old. Since then they have spent the last six years honing their craft both in the studio and on the live circuit where they have performed at the likes of DC-10, Warehouse Project, Wilderness, Glastonbury, Motion and Secret Garden Party. Cousn have had a strong start to 2019, after being named as Pete Tong’s ‘Rising Stars’ and also supported Fatboy Slim across all of his UK arena tour dates.