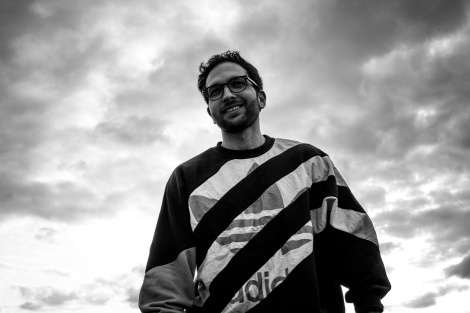 Acclaimed electronic producer Uppermost has released his latest single ‘23rd Street’ on 12 July via his own imprint Uppwind Records. Uppermost needs no introduction – with over a decade of releases in his wake he has seen support from tastemaker Youtube channels such as Mr Suicide Sheep – with over 50 million views and counting, and released official remixes for the likes of Dada Life and Lemaitre.

The Parisian label-boss began producing music as a youngster using FL Studio. His French/Persian heritage served as agent for much of his inspiration, as he grew up listening to traditional Persian music and French-touch. He founded Uppwind Records in 2011 as an outlet for like-minded artists to express true creative freedom without being shackled to the pressures of making music purely for commercial success. The label has gone from strength to strength and is now a haven of ingenuity for a string of talented artists.

Uppermost draws inspiration from acts such as Daft Punk, Burial, Bonobo, John Hopkins, Apparat and Deadmau5. He has combined eras, influences and genres to create a sound familiar, yet uniquely his own, paying homage to these sonic visionaries rather than emulating them. His sound draws parallels to elements of Yuksek, Burial, Breakbot, or the deep emotional bass beats of Kavinsky and Klimeks and his impeccable influences are combined to create something new and exhilarating.

‘23rd Street’ is another victory for Uppermost, showcasing the prodigious talents of an artist with a genuine passion for music. It is an atmospheric and evocative offering that ebbs and flows, reminiscent of the sound with which he has made his name yet demonstrating something completely fresh and revitalised.

Uppermost gives some insight into the track: “I think there’s something about old-school hip-hop vibes that’s highly inspiring. Like a vintage, handcrafted, urban feeling. In this track, I tried to convey different emotions that bring me on a creative journey such as nostalgia, hopes and lost memories.”