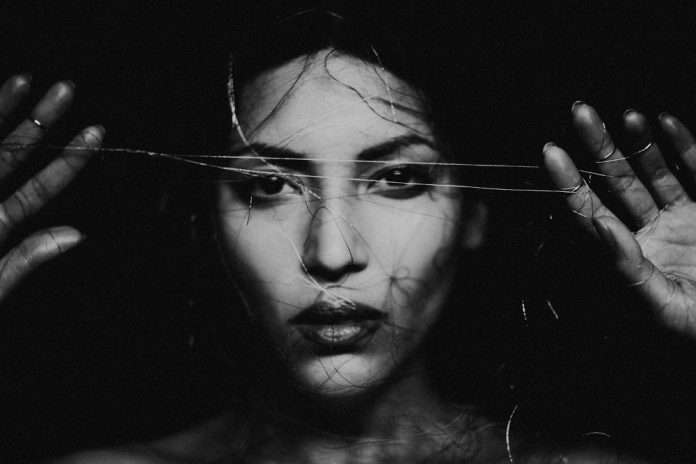 Vandana has returned with a brand new video, “AHSA [Raak Baaki].This is the first release from her upcoming EP, Contra, where she puts a modern twist on inspirational Pakistani and Indian classics from the 70s, 80s and 90s. The visual was shot in Jordan, where Vandana and her crew were actually arrested while filming due to local officials fearing the group was practicing witchcraft at a ruin in Petra.

The original version of “Raak Baaki” is a popular disco love song set on a ship sung by play-back singer, Asha Bhonsle. She is officially the most recorded artist in the history of music world wide,and had a versatile voice that was called on to sing songs with a western flair. Vandana’s version is an ode to self love, female potency, and the strength which we build through struggle and our choices, her brain subverting the lyrics completely to her advantage.

Tap into the new video above, and stay tuned for more news regarding Contra, available August 9th on all digital streaming platforms.

Vandana on her upcoming Contra EP…
“Contra comprises of re-imaginations of Indian and Pakistani songs from the 70’s, 80’s and 90’s, a lot of them being pretty ahead of the curve that they still sound magical today. Going back to my roots and connecting with it musically delivered some sort of cosmic liberation from my hard held beliefs. It’s been about detaching myself from the nostalgia, what almost seems like a past life experience and subverting the original context and delivery. My attempt has not been to remix or cover these songs but to re-imagine a more self serving and intimate contemplation — a meeting of two worlds and very authentic to me. It’s an interesting opportunity for art as play and translating Indian and Pakistani artists and composers for different audiences, for uncovering new possibilities within the familiar in both parts of the world.

I started this project for the sake of self-entertainment and for pulling apart the magnificence of these songs as a learning tool, but was soon tripping down a rabbit hole with a renewed appreciation for the music. My aim has been to re-discover these songs which I grew up listening to, as an avant-pop, experimental expression. All of the songs on the EP, as far as I know are songs India and Pakistan know all too well. I’d love for people to listen to the songs in comparison to the originals, they sound nothing alike. I’ve re-imagined and composed all the melodies and instrumentation from scratch, without the use of any samples.
The whole process has been an inquiry, sonically and socio contextually – with the awareness of a much bigger and complex picture at hand which is hard to articulate without going off on a tangential tale of sexism in the Bollywood industry. I am a lucky Indian person to have had the opportunity to express my craft and beliefs and hope that in some way can contribute positively towards the shifting gender typecasts, build cultural bridges and create space for dialogue and change.”

Rework to release “Heat (LP)” on My Favorite Robot Records...