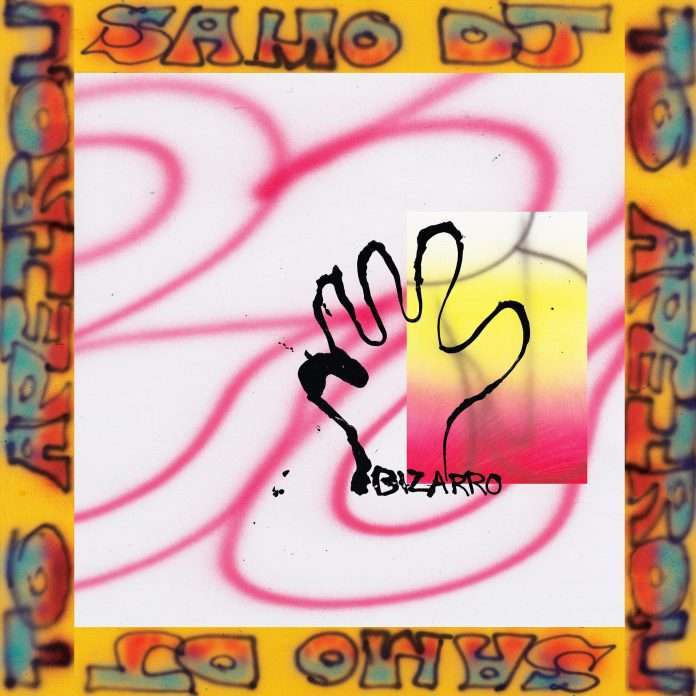 Through eldritch corridors of sound and sweeping calypso tones, Samo DJ crafts an EP of cinematic proportions. One which swirls and tumbles through landscapes that seem stark but inevitably connected.

Starting immediately with a dancefloor-designed slow burning climax, To Apeiron EP is one that takes into consideration a soundtrack aesthetic of sorts. Weaving between the buzz of combustion engines and the casual banality of film dialogue, this four-track collection is a wonky, crackly expedition. A woozy jaunt through squelchy synths and crunchy drums.

Amidst rolling percussion in its third track is the strange interlude that plays hidden behind the veil of atmospheric filters which obscure the lows as the sample remains cogent, cooing again and again: ‘I dream’. A track that seems as though it could build forever, perfect for a mixing moment into a crashing peak.

The record rounds itself out ending on a quieter note with a remix from Montreal’s ex-terrestrial, offering blissed out, echoed movements, dubby pads, and quips woven through a slackened arrangement of sounds. To Apeiron is a versatile record, and one that thoughtfully taps into a texture that truly feels indebted to cinema. Sometimes dazed, sometimes deeply melodic. Always very Samo DJ.