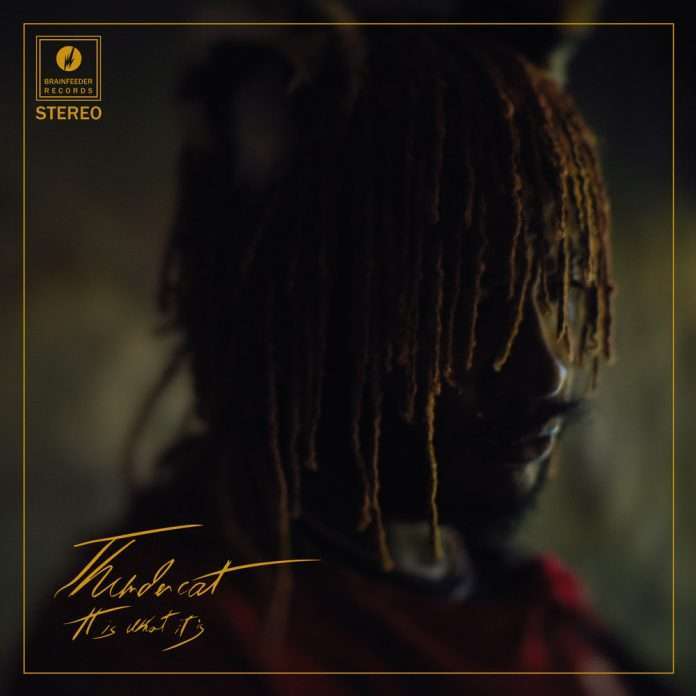 Thundercat’s new LP It Is What It Is picks up where his last full-length, 2017’s Drunk, left off. Like that record It Is What It Is intersperses more fully-formed tracks with scene-setting vignettes.
A quick glance at the tracklisting shows several of the entries here clock in at under two minutes, but this does not reflect a paucity of ideas. Rather, the shorter interludes add light and shade to Thundercat’s already colourful combination of neo-soul, fusion-funk and R’n’B – for instance, the spiritualised cooing of ‘How I Feel’ sets the scene perfectly for the astral yacht-rock jam ‘King Of The Hill’ that follows it.

As is often the case on Thundercat albums, a variety of guest stars appear on It Is What It Is. It’s an intriguing mix of talents here, one that simultaneously expands and refines the album’s sonic universe. The likes of Steve Lacy and Childish Gambino are easy bedfellows for Thundercat’s sound, and along with Steve Arrington they help to construct one of the record’s poppiest joints in ‘Black Qualls’. However, the meeting of Ty Dolla $ign and Lil B on the ultra-smooth ‘Fair Chance’ is delightfully unexpected. KNOWER’s Louis Cole and rap prankster Zack Fox are the other features on It Is What It Is.

Thundercat’s It Is What It Is is both another soulful triumph for the artist and also the sort of record that only he could make.

IT IS WHAT IT IS. APRIL 3rd pic.twitter.com/TXokoVcYFh