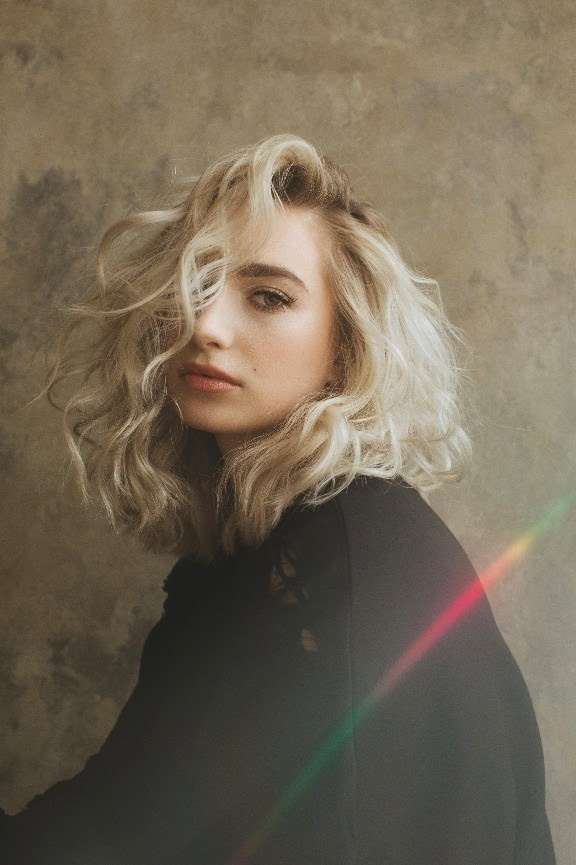 Upon the heels of releasing her debut single, somegirlnamedanna reveal’s the songs official visualizer today.

somegirlnamedanna has been chosen as the inaugural artist for the new MTV Push: FIRST series, which will focus its global spotlight on a curated selection of exceptional new artists just embarking on the start of their careers. The series will also include custom artist-focused short-form content that will feature the artist across all MTV platforms.

Additionally, “hello i am” paves the way for her forthcoming debut EP due later this year.

Let’s make this clear. somegirlnamedanna is not a brand. It is not an image. It is not an alter ego. Instead, it is the story of Anna, “a girl with a name like all of us are.” Born and raised in a remote area of Minnesota, her imagination flourished without television or social media. An antique grand piano in the living room called to her as she repeated melodies and jingles from the radio by ear as a young child. While painting in the kitchen, mom played classics by Tracy Chapman, Joni Mitchell, and Tori Amos fueling her daughter’s love for music and the arts, in general. At the same time, she developed a knack for poetry and writing short stories at school, combining the two in songwriting eventually. Balancing college and bartending four nights a week, she spent countless hours in the studio writing and recording demos as well as developing her voice. After one listen to these early demos, LAVA Founder Jason Flom personally signed her in 2019. That brings us to her debut single “hello i am” available everywhere.