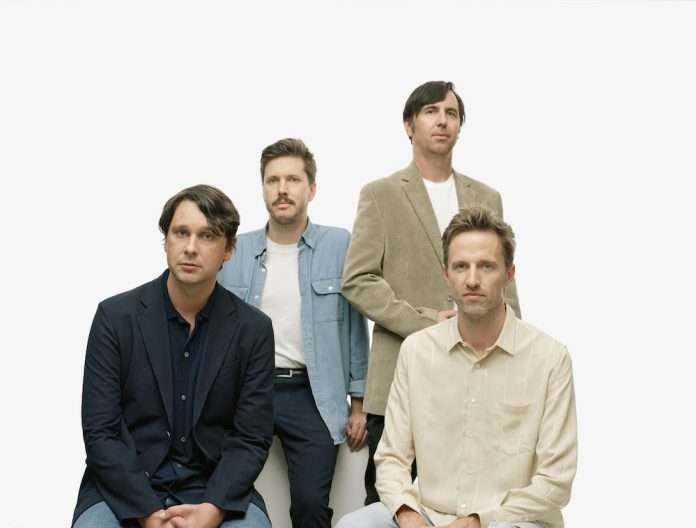 Melbourne electronic music royalty, Cut Copy today return with their ambient new single and video, ‘Love Is All We Share’. The first track in almost three years, released to the world at a time where longing for love in solitude has never been more relevant and relatable.

As one of Australia’s most successful exports, with a career spanning nineteen years, five acclaimed albums and countless anthems, Cut Copy’s anticipated return forgoes the danceability factor to deliver a timely reminder of our common need for connection in isolation. The atmospheric release rides the intensity and transcendence of our yearning for love, with Dan Whitford delivering haunting lines like ‘can you feel it in your bones, can you feel it in your fingers’, tapping into the physicality of the complex set of emotions. The purposeful lyrics are layered with intelligent production, playing out an intense build of staggering piano vamps and billowing synths, to mimic the euphoric highs of love and our limitless desire for more.

Dan Whitford on the new track: ‘Love Is All We Share’ is a song we made using only a handful of sounds, hoping to create an intimate and unworldly atmosphere. It was written a year ago about the anxieties of imagined future times, as technology becomes more all-consuming. But in light of recent events the song took on an eerie significance. Now, with our immediate future uncertain and people the world over self isolating, “love” more than ever, feels like one of the best things we can share.”

Directed by American contemporary artist Takeshi Murata, the accompanying video communicates the track’s themes through his work in hyper-realism and computer-simulated imagery, creating an entrancing space of interconnected digital sculptures. Murata says on the video: “Of the ideas we had, the floating bubbles stood out – representing elements of the song best with animation that’s meditative. For me, the bubbles point to our relationships and their fragility, relevant to the lyrics and time.”

‘Love Is All We Share’ is the first taste of new music since 2017’s highly acclaimed Haiku From Zero, which was named Double J Feature Album and rounded out the fifth full length from the bands’ prolific catalogue. Born from a bedroom recording project by Whitford, and expanding to a full-fledged band with guitarist Tim Hoey, drummer Mitchell Scott, and bass player Ben Browning, Cut Copy’s output has stood the test of time. Their unique sound and unencumbered taste has earned praise locally and globally, remixing numerous singles, performing on the likes of Late Night with Jimmy Fallon and Jimmy Kimmel Live, and picking up nominations for several awards. 2008’s In Ghost Colours, featuring ‘Lights & Music’ and ‘Hearts on Fire’ received nominations for the ARIA Awards’ Best Dance/Electronic Album and Album of the Year at the J Awards, while 2011’s ARIA chart-topper ‘Zonoscope’ was nominated for Best Dance/Electronic Album at the Grammy Awards and awarded Best Dance Release at the ARIA Awards.

Despite almost three years having passed since we have heard from the adored band, ‘Love Is All We Share’ is a track that comes at the time we need it most.

Stream Cut Copy – Love Is All We Share
https://open.spotify.com/playlist/3TUzA3loAvbvJbObPUBRzf