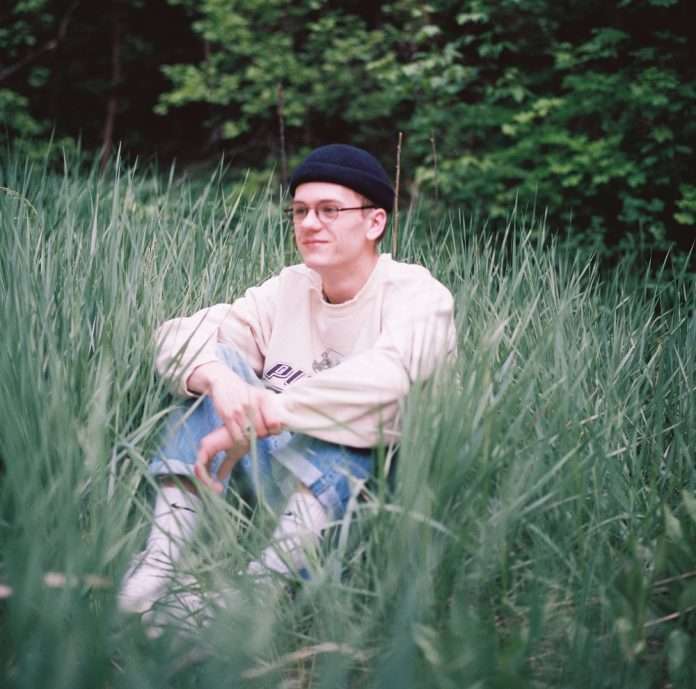 Across eleven tracks, The Color of Nothing artistically represents the vast, indescribable blankness you see when you close your eyes; the color is not black, white, or any other colour that can be described – it is ‘the color of nothing.’ As an artist inspired by his nomadic upbringing and wide aural influences, this blank canvas serves as an opportunity for ford. to create openly and go against pre-conceived ideas.

An honest and genuine insight into his life, The Color of Nothing reflects a complex yet beautiful two years for the 20-year-old artist which have seen him move from Germany to the U.S. alone, start touring, deal with death, struggle personally, make new friends and commit to music full time.

Speaking about the album, ford. shared: “I think my goal over the past couple years has been to be more honest in the concepts and themes that I explore within my music. Through writing this album I felt I was able to finally contextualize the experiences and changes that I’ve gone through — the good and the bad. It has been an immensely rewarding journey and I hope this genuine reflection resonates when people hear these songs.”

Opening track “The Color of Nothing” – coupled with seriously imaginative visuals – is quite literally the most apt way of introducing listeners to ford.’s sonic universe, skilfully layering rich piano chords with transcendent synth waves across a bed of smooth electronica drums. “In My Eyes” features vocals from Canadian streaming sensation and close friend VERZACHE; bringing to life the reflective, relatable lyrics the two friends created together to explore the bittersweet feelings that come with growing up.

Signed by ODESZA (one of the most celebrated groups in electronic music) to their prestigious Foreign Family Collective, The Color of Nothing is a stellar example of ford.’s unique blend of indie influenced electronic music, which has led to significant curiosity arising over the years around the burgeoning artist’s thoughtful and intelligent productions – notably a 2019 Grammy nomination for his remix of Mild Minds’ “SWIM”.

At just 20 years of age, ford. has quickly surfaced as one of the brightest crossover potentials. He has racked up over 35 million streams and half a million monthly listeners via streaming hits like “Bedford Falls” and “Craving” (cut from his 2018 debut album (The) Evening) alongside remixes for major acts including Bearson, Ashe and Kasbo plus the well-received collaborative EP GOOD COMPANY with Hanz and the COLORS-approved Sonn.

Born in Paris to American parents, raised in Frankfurt, Switzerland, Singapore and now residing in Utah, ford.’s global upbringing has been instrumental in shaping his musical perspective. Although only 20, ford. has been consistently surrounded by different cultures, ideas, and languages since childhood. These eclectic life experiences have undoubtedly led to a special emotive sound which cuts across genres, and resonates directly to the listeners.

The Color of Nothing bookmarks a significant era in the artist’s unfolding career – with so much accomplished already, it’s truly exciting to wonder just how far he will go after this.

ford. – The Color of Nothing: