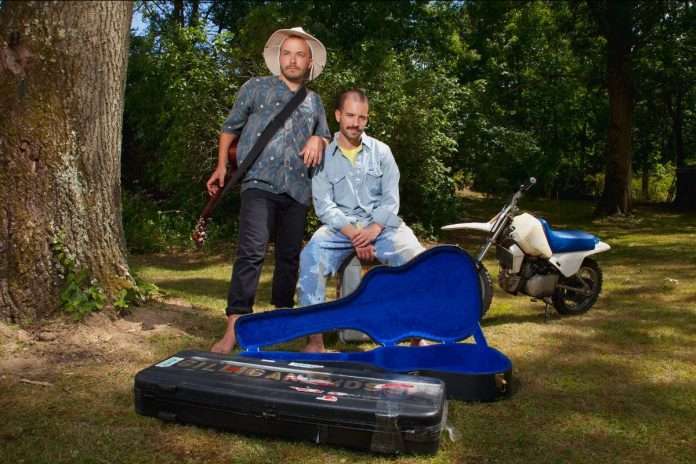 Recorded over the course of three years in a handful of different locations, Gilligan Moss combines the duo’s love of seventies records and dance music – both modern and early.

Further singles come in the form of the tropical, percussion-oriented ‘Slow Down’, wistful, end-of-summer vibes of ‘Ferris Wheel’ featuring Swedish duo Rebecca & Fiona and piano-led ‘Lee’s Last Dance’. Elsewhere, Welsh singer BETSY lends her vocals to the soulful art-pop of the album’s focus track ‘World Service’, and things are closed out with the subtle, atmospheric poignance of ‘Time For Bed’.

Regarding the album, Ben and Evan of Gilligan Moss said,  “We made this record over the course of three years, in a few different locations. Many of the first ideas for the record were formed at Camp GilMo in upstate NY. The whole writing process was reminiscent of a summer camping trip. Our goal was to make something that isn’t of a particular moment, but something eternal that spans across a few generations of music. We wanted to find meeting points between the 70’s records we love, and modern dance music.”

They added, “Imagining the world of Gilligan Moss – it’s tied to nature; we often imagine a colorful forested land where the creatures and fauna bop along to the music. The tunes are meant to be playful in form and feeling – they all have a sense of humor and lightness about them. We are incredibly grateful to have them out in the world for people to listen.”

Childhood friends who have known each other since the age of three, Ben and Evan  have toured with Glass Animals, Toro Y Moi and Tourist, played major festivals such as Coachella, Pitchfork Paris and Electric Forest. Giligan Moss recently took the reigns for Foreign Family Collective’s Intermission Broadcast Mix Series, as well as a 13-track mix for Adventure Time: Distant Lands – a spin-off of the popular show Adventure Time – where they remixed and reimagined original clips from the show. Cartoon Network has continued to support the duo, airing their claymation video for ‘Slow Down’ on Adult Swim.

A sublime debut album, Gilligan Moss sees the duo cover a staggering amount of styles, tempos and genres while ensuring the LP remains captivating and coherent.