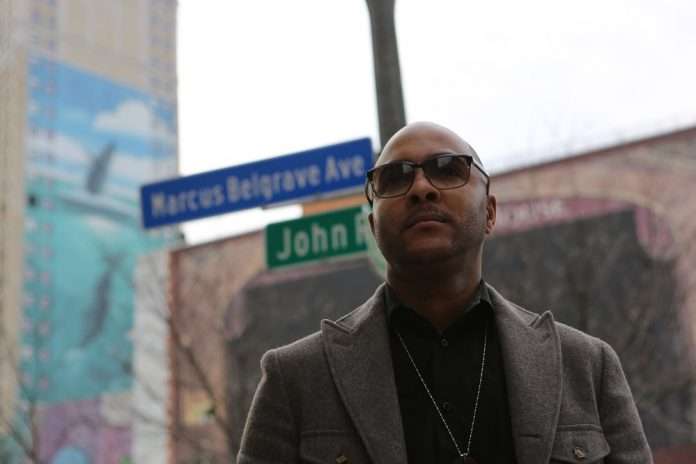 For the next release on his 4EVR 4WRD label, Jon Dixon presents ‘Detroit Get Down’ featuring a host of his Motor City cohorts and fellow heavy-hitters within their fields, including powerhouse vocalists Britt Frappier and Sarah Elizabeth Charles, saxophonist Kasan Belgrave, keyboardist Ian Fink, music producer and musician Darrius Quince and the legendary Moodymann.

Ever since he could remember, Jon Dixon has had a passion for music. He began playing by ear at the age of four and has always enjoyed challenging himself by learning music in this manner. At the age of 15 he began reading and studying classical piano while enrolled at The High School For Fine and Performing Arts where he also studied Jazz.

Upon graduating he began performing with the Detroit Symphony Civic Jazz Orchestra under the direction of Detroit’s own Godfather of jazz, the late Marcus Belgrave. While performing locally with this ensemble, he also attended Wayne State University where he studied jazz piano under Matt Michaels. As time went on, word of mouth began to spread about Dixon and his talents.

While in college he accompanied The Mosaic Youth Theater of Detroit as an accompanist/bandleader for their productions and concerts as well as performing all over the city and state. Jon currently teaches multiple group piano classes at the Michigan State University Community Music School in Midtown Detroit.

Dixon is one of the city’s most sought-after musicians for every genre ranging from jazz to techno. He believes that the more versatile and open minded you are at your craft, the further it will take you. In 2015 he started an independent label, 4EVR 4WRD (Forever Forward) to focus on making electronic music fused with elements of Jazz, Hip Hop and other styles of music. “I feel that it is important for me as a musician to not only continue the rich culture and history of both jazz and electronic music but to also use my knowledge, theory and experience to combine the two and take both genres to the next level!”