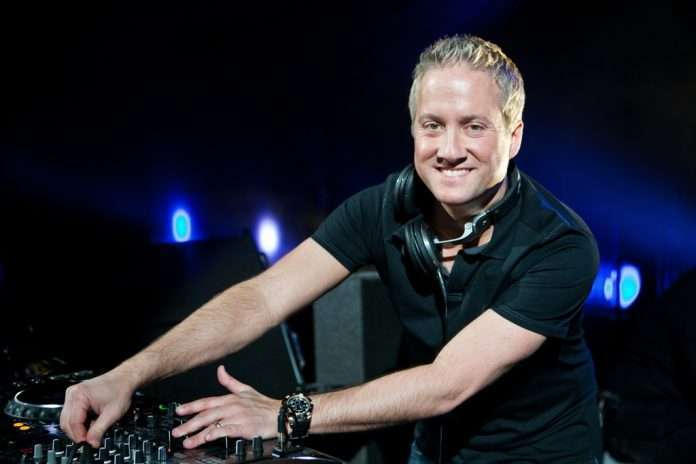 Robbie Rivera To Release New Artist Album
This Is My Sound on Juicy Music
Featuring special guests Bob Sinclar, David Tort, Shawnee Taylor, Stonebridge, Todd Terry, Wally Lopez and more
After a storied career of releasing house and electro hits, acclaimed beatmaker Robbie Rivera is back with his latest album This Is My Sound.
Rivera’s first album since 2012 compiles his far-flung influences into a eighteen-track collection that plays like an oral history of his career. Drawing together classic house grooves and progressive electro builds underscored by his Puerto Rican hallmark Latin flair, This is My Sound demonstrates Rivera in his finest hour as he broadcasts his inner sonic passions.
“After the worldwide explosion of electronic music and having played all over the world every weekend for over ten years, I needed to take some time off to go back to my house music roots and produce an album that would represent what I love,” Rivera explains. “For this project I focused on delivering grooves and beats dedicated to all true music lovers whose lives are exalted by house music,” Robbie says
Teaming up with Spanish star David Tort for “In My House,” Rivera layers chopped vocals atop an old-school four-to-the-floor tribal house beat with his classic one note hypnotic synth melody. “Can You Feel Me Now” transports listeners straight to a sunrise set in a sweaty warehouse with its magnetic piano lead, pulsating drum kicks and pitched down vocal samples. Rivera continues his acute use of vocal work with “The Game,” anchoring the synthetic, percussion-driven tune with a futuristic monologue about his boredom with today’s monotonous music and determination to shake up the status quo. Hot off his smash Axtone collaboration with Shawnee Taylor, “Falling Deeper,” this dream team returns for round two with “Follow Me.” Closing things out, Robbie includes “Sume Sigh Sey,” his collaboration with the legend Todd Terry – a brilliant slice of house music.
Thus far, This Is My Sound album tracks have received support from a wide range of top DJs including Pete Tong, NERVO, Axwell, Kryder, Bob Sinclar, Richie Hawtin, Marco Carola, Amine Edge, Joseph Capriati, Paco Osuna, Coyu, Shiba San, Claude Von Stroke, Erick Morillo, Anna Lunoe, Marcus Schossow, Quintino, Sick Individuals, Sister Bliss, Tocadisco and many more
The Miami-based producer first emerged on the scene in the late 90’s, bringing Latin influences into a genre previously governed by Chicago and European sounds. In 1998 Rivera launched his own Juicy Music record label, and has since collaborated with the likes of Madonna, Santana, Pink, Kylie Minogue and David Guetta, among others
https://soundcloud.com/robbierivera/sets/this-is-my-sound-album
Tracklisting
Robbie Rivera & Shawnee Taylor – Follow Me
Robbie Rivera – “The Game”
Robbie Rivera & Ron Carroll – “Can’t Live”
Robbie Rivera & Bob Sinclar – “Move Right”
Robbie Rivera & David Tort – “In My House”
Robbie Rivera – “Jack That Beat”
Robbie Rivera & Stonebridge feat. Denise Rivera – “A World Without You”
Robbie Rivera & Wally Lopez – “Open Your Heart & Free Your Mind”
Robbie Rivera feat. Linney – “Be Alive”
Robbie Rivera – “Brinca”
Robbie Rivera & Lizzie Curious – “I Am Miami”
Robbie Rivera – “Can You Feel Me Now”
Robbie Rivera – “Drop The Bass”
Robbie Rivera – “Inside Your Soul”
Robbie Rivera – “Jack Your Body”
Robbie Rivera – “No I.D.”
Robbie Rivera & Todd Terry – “Sume Sigh Sey”
This Is My Sound is released February 29 on Juicy Music
www.robbierivera.com

Tracks of the Week: House ConnectFM 12