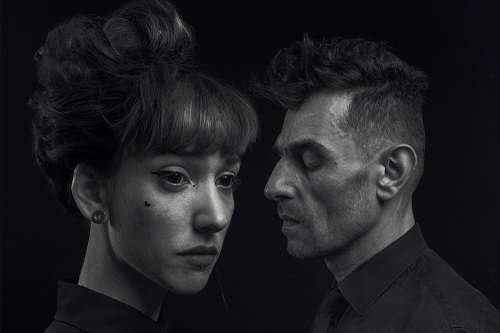 Berlin based Bonnie Li’s new single ‘Décroche’ tackles addiction, and the way it affects both an individual and those suffering around them. In the band’s words “Décrocher is a French verb which means to pick up the phone. It also means to take down what was hooked, to kick off a habit, to switch off. The song explores the highs and the lows of an addiction and its effect on its entourage.”

The track is sung in three languages – English, French and Mandarin. Bonnie tells us “I wanted to describe the topic using three different languages: the song starts in French showing the poetic and melancholic aspect of the addiction, the chorus is in Chinese Mandarin representing the little cute voice that draws you back to it, the rest of the verses are in English, because it’s a matter that speaks to everyone.”

With crystal clear production, trip hop samples and hypnotic vocals, the song is underpinned by a throbbing bass line that creates intense feelings dread, mirroring the lyrical subject matter. Li punctuates the tension with a piercing scream that sounds like it came from the mouth of Blixa Bargeld himself.

Armed with her megaphone, Bonnie Li is musical polymath.
Growing up in Hong Kong, Li’s music has brought her to Montreal and San Franciso, her travels have seen her collaborate with the likes of Al’Tarba and Mobb Deep. In Berlin she combined forces with Elia M, 1990s free party pioneer and founder of Techno label Sycomor. Elia’s background in industrial, dark sounds proved to be the perfect pairing to Bonnie’s vocals.
https://web.facebook.com/bonnieliproject