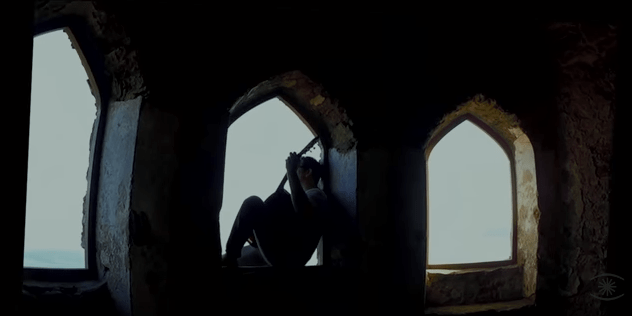 Today #dubiksvideopremiere we have Mackroy and Collier with Elle Dit.
#mondaymood for sure!
The single is taken from their debut album ‘On The Other Side’, available on 12″ and in all digital stores.
On Mackroy and Collier words
My friend plays guitar. He just takes it to the beach with a recorder and jams away, day-to-day, with for no one for company but the sea and sun. The sound for which he looks is like a jigsaw piece. To piece the layers together is like a child building blocks. They start to fit the more you realise how they go together.
Harry Collier has that voice that you will always take note of. It’s timeless. You cannot place a moment or place. It just fits. Nick Mackrory’s little concerto style keyboard, simplistic in sound, but so effective in execution drifts in and out.
Elle Dit is something you have to own and anyone who does will be aware of the nature and emotions it evokes. 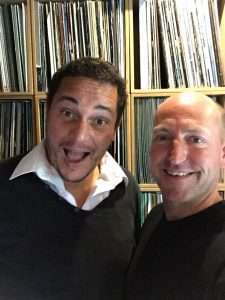 Nick Mackrory began his musical career as a drummer in the late 80’s and into the 90’s. His lifelong love of rhythm and introduction to electronic music during the early UK rave scene, saw Nick accompany many DJs on stage with his live percussion.

It did not take long for Nick to develop a keen interest in his own electronic music production as well as foster his talent for mixing vinyl. From back stage parties at Glastonbury festival to underground clubs and parties all over Europe, Nick has illuminated dance floors with his eclectic mixes of left field electronica.

Vocalist Harry Collier goes back to his roots, with stripped back, honest performances highlighting the emotive vocal that is uniquely Harry.

Rollo Armstrong happened to observe Harry’s exceptional musical abilities one evening in a London restaurant and asked him into to the studio to record. This lead to him to becoming a featured artist for the legendary dance act Faithless, his vocals can be heard on ‘Bombs’ and ‘To All New Arrivals’ on the 2006 album release. Harry toured with them across the globe performing to audiences of over 100,000. In 2010 he was invited as a special guest to perform with them on Glastonbury’s Pyramid Stage.

Harry’s songwriting talents have also seen him garner success in various guises over the years. His previous band Kubb were popular on the British indie scene and found success in the mid noughties. During this time they performed on Later with Jools Holland, Friday Night with Jonathan Ross and sold over 250,000 albums.

This latest collaboration between Nick and Harry is a blend of electronic and organic acoustics with a balearic twist. Their musical relationship stems from the early 90s and this current project highlights their easy union, experience and flair.