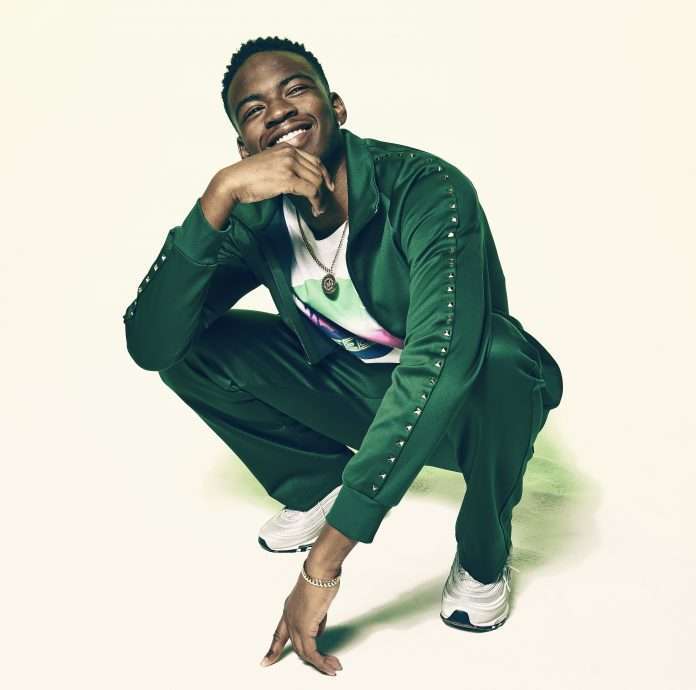 ‘Take Not3s II’ is an immediately-impressive, confident step forward from Not3s, digging deeper into a richer spectrum of sounds and lyrically chronicling the increasingly-surreal life experiences of a breakthrough twelve months. Featuring collaborations with the likes of Fraser T Smith (Stormzy, Adele, Drake) and Maleek Berry (on recent track ‘Sit Back Down’), the mixtape is introduced by new single ‘Just Fine’ – an affecting call to stay true to your roots (and yourself) irrespective of a change in luck or fortune. Taking you on a journey, the tape includes a fresh harder sound for Not3s on songs like “Trekked Like Me (featuring AJ Tracey)” and more romantic flavours in standout jams like “Palm Wine”.

Already, it has been quite the journey for Not3s. With 1.5 million UK single sales under his belt, Not3s is the only UK artist since Ed Sheeran to feature on 3 singles in the top 40 at the same time. His impassioned young audience saw a UK tour – including a London show at Koko – sell out in under 15 minutes. Always a charismatic and idiosyncratic storyteller, Not3s is now confirming his potential for truly global popstardom: having won Best Breakthrough at the GRM Daily Awards and been nominated for the BBC Sound of 2018, two Mobo Awards and MTV’s Brand New For 2018, Not3s was also recently nominated for Best International Artist at the prestigious BET Awards.

Still only 20 years old, ‘Take Not3s II’ marks a musical coming-of-age for the young singer and MC, who first started writing bars in primary school (initially inspired by the likes of DMX and Usher). His always-evolving sound effortlessly blends elements of hip-hop, dancehall, R&B – plus wider influences spanning his Hackney upbringing to African and Carribean sounds – into vibrant and vital modern pop. There have, of course, been trials and tribulations along the way: as a kid Not3s grew up in a relatively deprived household, but found (in part via an encouraging word from his headteacher) music as a means to avoid being dragged down the wrong path, which he saw many of his peers follow. Slowly honing his craft, the meanings of Not3s’ MC name and wider manifesto has only grown in significance (notes as in money, notes as in music, and the then-pipedream that someone might take notice of him). Beginning with breakout hit ‘Addison Lee’, Not3s has worked hard to turn all this in to a reality. And with ‘Take Not3s II’, Not3s begins the second chapter in an already-remarkable story, one which – scarily – you sense is also only just getting started.