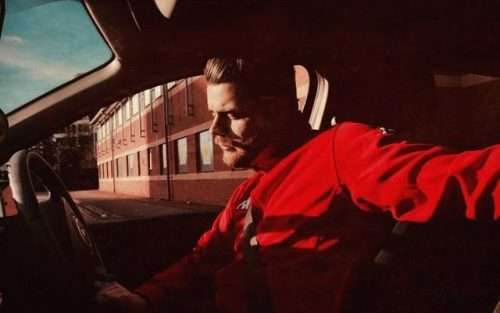 Hero of Swindon, the artist and producer CHANEY releases his debut EP, the 4-track #SAVESWINDON via Skint on August 24. Two of the EP’s four songs are brand new, joining the blistering house-flavoured introduction ‘Let U Know’ and the recently released anthem to small-town indifference ‘Dixons’.

Building on his reputation for Hacienda inspired beats fused with fizzingly clever, everyman lyrics, the EP’s first new song ‘My House’ is a claustrophobic (and somewhat sinister) consideration of the housekeeping rules of the newly property owning generation. Chaney says: “’My House’ is a combination of experiences visiting your friend’s new homes, houses, university halls, and also the memories of that slightly psychotic neighbour that lives on your cul-de-sac (the one that never says “good morning”), maybe that’s me when I live in my dream house”.

The second new track ‘Headaches’, is a lament to the hangover (written after a “massive sesh”), which transpires to be yet another banger. “’Headaches started as an experiment in the studio, and was meant to be an instrumental track” says Chaney, “It wasn’t until after a bit of ‘night out on the town’ that I decided I wanted to vocal on it. The first half of the track is sort of like therapy if you’ve been out till 5am, all of the synth sounds building up in a very satisfying way – slowly rebuilding all the brain cells you’ve killed off. Vocally, I was feeling weirdly refreshed, and the first line reflects coming out of that hole you were in when you first woke up. From there, musically it turns into more of a club record – ready to do it all over again”

‘Save Swindon’ has become something of a mission statement for Chaney (aka Theo Altieri)
– a clarion call to his hometown to reach for something better, something more. In recent months, inspired by the #SAVEFABRIC campaign, Theo launched a club night in Swindon (#SAVESWINDON), which featured a mix of DJs and live performances by the man himself. The raucous nights have garnered quite the reputation locally, moving to ever increasing capacity venues. Going forward, Theo has plans to take the Save format on tour, to bigger towns and cities, as well as other “shitholes just like Swindon” blending DJ sets with live interpretations of his material.

Talking about the EP, Chaney says: “My #SaveSwindon EP doesn’t necessarily sum up “life in Swindon”, but more growing up and “life in a small town” – which for me (and half the nation) is pretty boring, but also pretty fucking special. There is a life (for many) outside of the bigger cities, the penthouse apartments overlooking the thames, expensive independent coffee shops, major record labels, millionaire drug-dealers – and I sometimes think these lives are over-shadowed or pushed aside.”