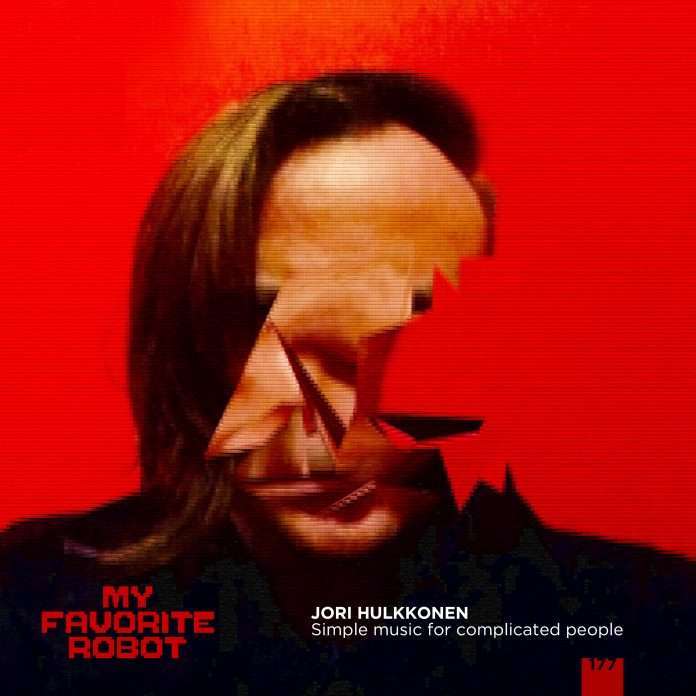 ‘Simple Music For Complicated People’ is Jori Hulkkonen’s 21st artist album and it comes in his 25th year of making music. The album lands on his current home, My Favorite Robot Records, and is another spellbinding synth odyssey across 12 terrific tracks.

The Finnish artist has long been a master of cinematic and absorbing, synth heavy house and techno styles. He has been a regular on this label since 2012, serving up highlights like last year’s ‘Don’t Believe In Happiness’ LP. His always emotional tracks draw on dub, wave, pop and synth, and despite his high rate of release he always innovates with each new offering never geting stuck in the same place. He has made music under a wide range of aliases and has worked with other legendary labels like F Communications and Turbo making him one of the most vital yet enigmatic producers in the global electronic scene over the course of the last quarter century.

The cavernous, reverb drenched ‘6n Jaakaappi’ opens things in an icy dub chamber with whispered vocals, then ‘Black Rainbow’ churns on a dub groove but with heavenly chords that glow white. The likes of ‘Europe Starts With an E’ is a wallowing ambient piece that is tortured and arresting, and ‘I’d Never Hurt You (permanently)’ ripples with harmonic keys and celestial pads. It’s emotionally absorbing like everything Hulkkonen does and just as things start to feel heavy, he offers the optimistic synth soundscapes of ‘Memory Times’ which feels utterly poignant.

More driven grooves come in the form of ‘Offline For the Last Time’ and ‘On The Road To Miero’ (feat Leeko) which has heavy piano chords with wordless vocals that hang in the air above. The rest of the album is propelled by various deep, dubby drums, but continues to offer exquisite synths and hyper emotional moods through a series of vocals and chords that hark back to an 80s heyday without ever sounding retro.

1.6n Jaakaappi
2. Black Rainbow
3. Europe Starts With An E
4. I’d Never Hurt You (Permanently)
5. Memory Times
6. Offline For The Last Time
7. On The Road To Miero (feat Leeko)
8. Plastic Freedom
9. UFO For Africa
10. A Group of Scientist Write a Lo-fi Disco Track While on the Verge of Creating a General Artificial Intelligence
11. A Song Written by a General Artificial Intelligence Just Before Wiping Out Humanity
12. Blade Walker