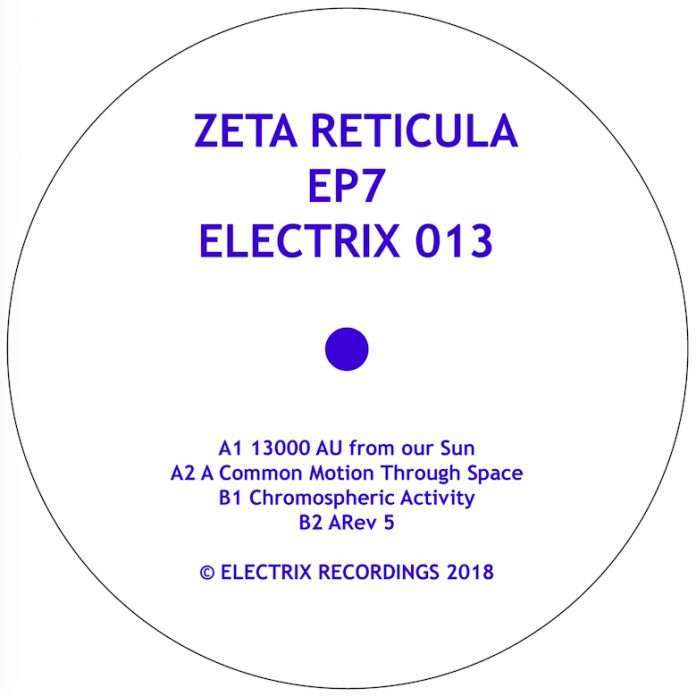 Everybody knows Umek as the Techno legend from Slovenia but having reprised his Zeta Reticula moniker in 2015 (after a hiatus of more than a decade) on his own 1605, Electrix and more recently Berlin label, Mechatronica, it’s fast become apparent that he’s also a major force to be reckoned with in the Electro universe.

Returning to Billy Nasty’s Electrix with his seventh Zeta Reticula instalment for the label we get four new tracks this autumn that prove his credentials even further.

Whether he’s laying down the future funk sounds of opener ‘13000 AU From Our Sun’, the robotic melodics of ‘A Common Motion Through Space’, the retro drive of ‘Chromospheric Activity’ or the twanging groove of ‘Southern Skies’, his razor sharp production, creative synth work and deep basslines shine through on this essential release.