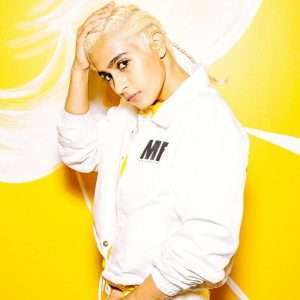 Today Los Angeles-based drummer, solo artist, and fourth-wave feminist Madame Gandhi premieres her new single, “Bad Habits.” Inspired by Fela Kuti, “Bad Habits” is a joyous electronic Afrobeat song being released to coincide with Felabration, co-produced by Zach Witness (producer of Erykah Badu’s latest album, But You Caint Use My Phone). In it, the former drummer for M.I.A. sings over a funky, staccato beat about overcoming one’s negative tendencies: “I’ve been so pressed that I don’t even know/What’s botherin’ me.” At its core it is an inspirational call to action, “Thinking about how I can be so much better/Thinking about all the tears I’ve cried.” The song also features African-influenced guitar, congas, cowbells and keyboards that build to a rapturous crescendo.

The uplifting rhythms and soothing harmonies make a perfect backdrop for a melodic passage that connects womxn’s suffrage to Mahatma Gandhi and Fela Kuti’s liberation struggles. “I feel some days we have come a long way and other days I feel frustrated like how is it that we are still fighting so many of the same fights from 100 years ago. I hope you will listen to this song and derive hopefulness and joyfulness in a time of disappointment and pain,” Madame Gandhi states.

Track of The Day: East Coast Electronics – No Name (Go...