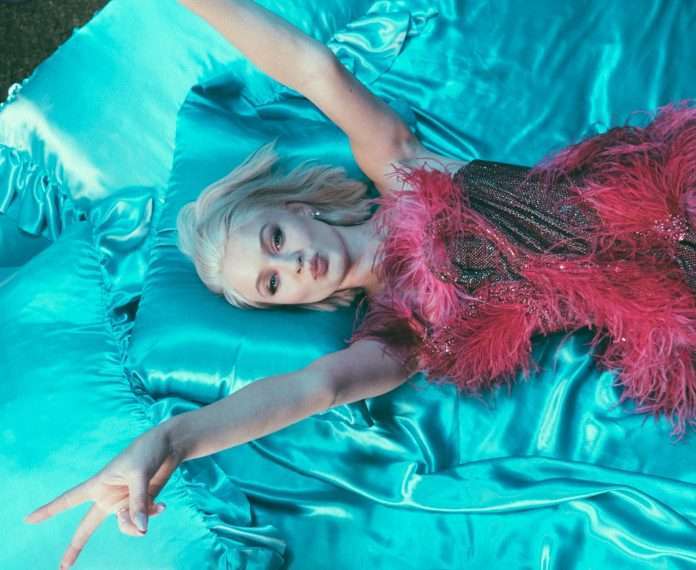 Zara Larsson has today unveiled the video for incredible new single ‘Ruin My Life’. ‘Ruin My Life’ is Zara’s first, hugely-anticipated solo release since her debut international album ‘So Good’, which has since become the second most-streamed album by a female artist ever on Spotify (with Zara surpassing a staggering 5 billion streams across her career to date). Having continued her impeccable hit portfolio last year with her first UK number 1 – on Clean Bandit collaboration ‘Symphony’ – and been named in Forbes’ prestigious ’30 Under 30’ list, Zara has also performed for the likes of the Nobel Prize committee, Ellen Degeneres, Jimmy Fallon, and picked up a couple of MTV EMA’s en route to her second international album…

It’s a new era that is announced in bold, brash fashion with ‘Ruin My Life’, a gold-plated pop banger which assimilates a lifelong love of hip-hop and R&B into an anthem that’s as addictively simple as it is musically clever. The track was born, says Zara, out of a frank admission of heartache, but also the idea of owning its more masochistic qualities: “Ruin My Life is a song about that unhealthy relationship that everyone has at one point in their life. It’s toxic, but it’s passionate.” Still only 20 years old, ‘Ruin My Life’ is the sound of Zara Larsson coming of age in every sense, growing into her sound and look whilst – like many of her young peers – also still questioning her place in the world, in relationships, and in her own skin.

Welcome back, then, to the gospel according to Zara Larsson: an ambitious, candid and dynamic singer and songwriter, who makes pop truly feel like a vocation in her hands. Perhaps this faith in the redemptive powers of music came from the national psyche, and a lineage from Abba and Robyn to Max Martin which no doubt influenced the Larsson household in Stockholm’s humble suburbs. “I’ve been doing this my whole life,” Zara is quick to remind you. “We couldn’t even have furniture at home. After every dinner it was like, “clear the living room, that’s the stage.” This nerve of steel landed Zara a number 1 record in Sweden aged 15, before she turned her attention to the wider world (with global hits such as the irrepressible ‘Lush Life’, ‘Never Forget You’, ‘I Would Like’, ‘Ain’t My Fault’ and more). And it’s this broader, adult outlook – on what makes a truly great pop song, what makes her generation tick, and what still needs to change – that informs where Zara Larsson finds herself in 2018: a budding Gen Z role model, often speaking no-filter on love, sex, her industry, and the female community.

A star in the classic but also most contemporary sense, Zara Larsson believes in the power of pop music to make things happen – and on ‘Ruin My Life’, a young woman you can truly believe in continues that ascent.