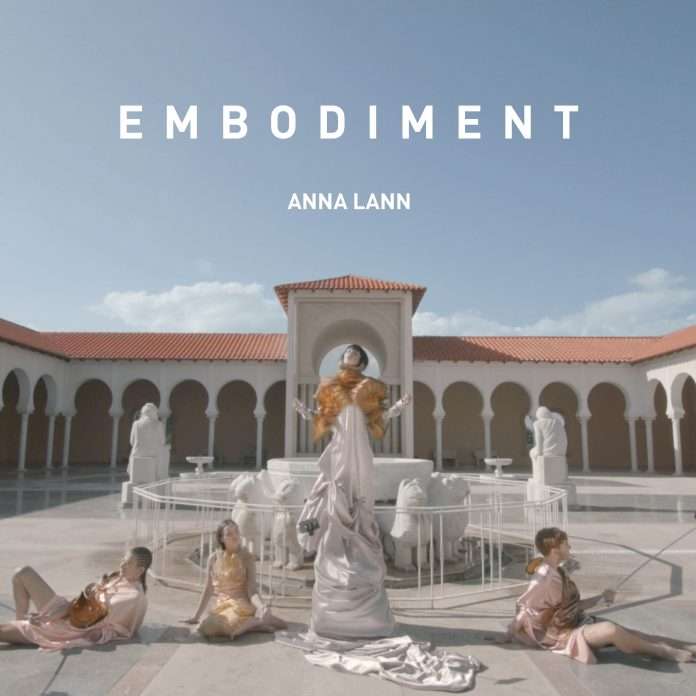 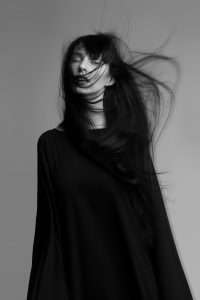 Latvian-born, Tel Aviv artist Anna Lann is that most rare of creators – not simply a jack-of-all-trades, but a master of many. Producer, composer, singer, videographer, visual artist, dancer and DJ, she excels at capturing the imagination through audacious creations.

After a stint playing bass in electro outfit Terry Poison, Anna’s solo career began with a pair of solo EPs (2015’s Forming a Moon and 2016’s Moist) after which she lent her vocal/songwriting talents to the debut album by the Castle in Time Orchestra. Anna’s involvement with Ransom Note began earlier this year with her poised techno rework of ‘Cholera’ by C.A.R., followed swiftly by the Zephyr EP, a collaboration with Emmanuel Caurel that marked the inaugural release on our Insult To Injury sub-label.

Embodiment, Anna’s first EP on Ransom Note Records, does its utmost to evade description, existing in a state of perpetual motion and terminal formlessness. Over four singular tracks she projects a thrilling blend of techno, experimental electronics and left-field pop music, realized in pristine and often brutal sound design.

The title track shows off Lann’s talent for evoking vivid imagery, twinkling like crystalline glaciers beneath the light of two suns. Coming on like Holly Herndon or Björk taking cues from the most on-trend trance appropriations and repurposing them in the service of something with a greater emphasis on timelessness, heady atmospherics slowly give way to swathes of rich, unctuous pads and vocal layers, as expansive as they are sublime. ‘Carabela’ brings a change in atmosphere, anchored to reality by skittering drums and ceaseless breathing, caught between pain and intimacy. Culminating in a noirish, motorik chug, the murkiness is eventually shattered by Lann’s angelic falsetto, which shines through the tension like a glimpse of a lighthouse through a storm.

When ‘Feeling Emotional’ begins, it’s immediately clear that Lann is taking a different, more pop-leaning tack, its dance floor signifiers and butter-smooth synths recalling Kelly Lee Owens’ alluring vocal techno. This is immediately upended by ‘Mozart’s Requiem in D Minor’, the EP’s closing track and most arresting composition. Libretto gives way to chorus gives way to swelling, pulsating arpeggios that slowly filter into the field of vision, desperate to be freed from the loop they are doomed to repeat. To be handled by reckless DJs only.

“The project is striving to present the quest for inner change and its outward manifestation”, Lann explains. “It’s a metamorphosis of human consciousness, the possibility of inner change and its external incarnation through the eyes of the beholder, dealing with the study of the phenomenon of change and its codification. The EP is accompanied by video art, installation and performance art, which were created within Penthouss – a visually seductive art hub I founded with my creative partner Jonathan Trichter.”

Lann’s originals are accompanied by four stellar remixes that break down and reassemble her compositions. Panorama Bar resident Nick Höppner constructs a wide-eyed lullaby built around Anna’s vocals and a parade of naive, glassy synth melodies. Saturated with intense feeling, try drawing for this one next time the lights come on at the end of the night. Meanwhile, DJ/graffiti writer Richard Sen draws on all his considerable production experience for a brooding, dubwise house cut that’s driven by a pulsating b-line. Sticky like hot tar, this one. Finally, Ransom Note artists Flug 8 and Placid One turn in a pair of ambient remixes that hollow out the original source material and spit it out in different shapes; the former bruised and confused, the latter blissed-out and floating somewhere just above the troposphere.