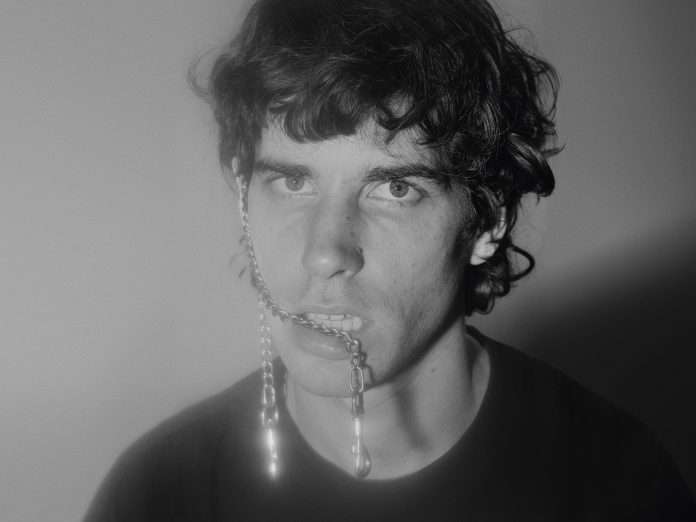 JAZZBOY, a solo leftfield Parisian psych-pop artist, paints bright neon panoramas with pastels of electronic synthesis in his instrumentation and vocoded vocals, while incorporating some of the spirit of Art-Rock.

‘Just Like We Did It (Dr1gs)’ evokes thoughts of early John Maus’ glitchy synthesisers and upbeat nature, yet Jazzboy still carries a classification of its own. Musically, the track incorporates ‘90’s UK Hardcore snare drums – pitched to perfection for the Parisian’s distinctive sound and around the bridge, we get a heavily Jazz-influenced synth-organ solo encompassing the full spirit of his sobriquet.

The unsettling visual accompanying the track builds the protagonist as a notorious blood fiend, featuring in newspapers worldwide, encapsulating an air of high-society.

Talking with Jazzboy, he elaborates: “Just Like We Did It (Dr1gs)” is the story of this weird guru that would have his followers drink his blood to get high. I’m very interested in the idea of influence, both social and chemical. How something or someone can take control over someone’s mind, or at least mess with it scares me as much as it attracts me. Like blood I guess…”

For the French avant-garde musician, the visual side to this project is equally as important as it is aurally – playing solo shows in abandoned art spaces in New York, the artist constantly praises the city’s underground scene, as well as also incorporating this creativity into his own ‘Jazzodrome’ parties in Paris.