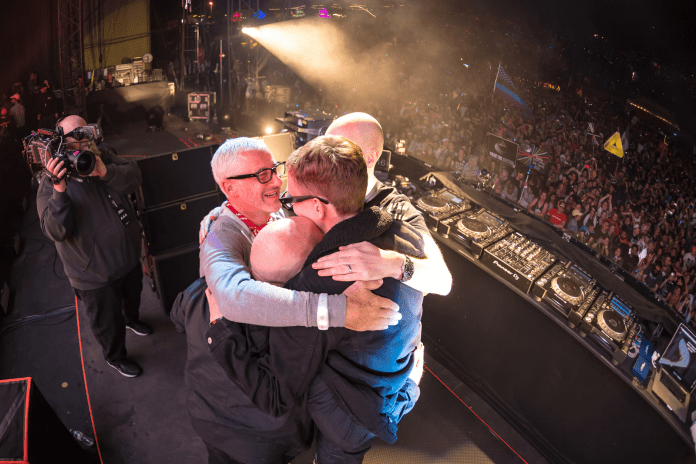 Anjunabeats artists Above & Beyond, Gabriel & Dresden and Cosmic Gate nominated for the 61st GRAMMY Awards

London-based independent record label Anjunabeats congratulates artists Above & Beyond and Gabriel & Dresden for being nominated for GRAMMY Awards in the “Best Dance Recording” and “Best Remixed Recording” categories, respectively.

“Northern Soul,” featuring the silky-smooth vocals of Richard Bedford, is a highlight from Above & Beyond’s (aka Jono Grant, Paavo Siljamäki and Tony McGuinness) acclaimed studio album Common Ground which debuted at #3 on the Billboard 200 chart; it remains the highest charting electronic music album of 2018. A frequent collaborator with Above & Beyond, Bedford has lent his voice to A&B classics including “Alone Tonight,” “Sun & Moon,” “Thing Called Love,” “On My Way To Heaven,” “Black Room Boy,” and “Happiness Amplified,” among others.

The GRAMMY nomination puts a cap on Above & Beyond’s biggest year to date. In addition to releasing the landmark Common Ground album, A&B also embarked on their most ambitious touring schedule which was highlighted by stops at a sold out Barclays Center in Brooklyn, their very own sold out “Anjunabeach Socal” event on Huntington Beach and their massive Group Therapy 300 takeover at Hong Kong’s AsiaWorld-Expo, among others. This adds to the band’s ever-expanding bucket list of headline slots which already includes sold-out performances at The Hollywood Bowl, Madison Square Garden, Red Rocks Amphitheater, The Gorge Amphitheatre, Sydney Opera House, Royal Albert Hall, Alexandra Palace and O2 Arena, London and Amsterdam’s Ziggo Dome.

Above & Beyond was previously nominated for a GRAMMY in the “Best Dance Recording” for “We’re All We Need (feat. Zoë Johnston)” in 2016. 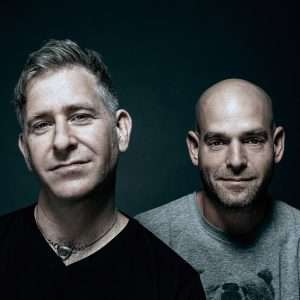 Gabriel & Dresden (aka Josh Gabriel & Dave Dresden) have helped to define the global dance scene for nearly 20 years. Whether it be originals like pop-hit “As The Rush Comes” (as Motorcycle w/ Jes Brieden), “Arcadia,” “Tracking Treasure Down,” “Dangerous Power,” “Without You Near” (w/ Markus Schulz) and “Zocalo” (w/ Armin van Buuren) or their legendary remixes for Andain, Above & Beyond and Sarah McLachlan, Gabriel & Dresden’s music has always sat in a place that crushes the dance floor but also tugs at the soul.

11 years after the release of the eponymous debut album Gabriel & Dresden, Josh & Dave returned in late 2017 with highly anticipated follow up full length record, The Only Road, via Anjunabeats. The title track went on to take global dance floors by storm in its own right – add in a remix from German trance titans Cosmic Gate and you’ve got the formula for pure magic. This marks Gabriel & Dresden’s first-ever GRAMMY nomination.

“We’re thrilled for Above & Beyond, Gabriel & Dresden and Cosmic Gate. As an indie label, being nominated twice in this year’s Grammy awards attests to the healthy state of independent dance music in 2018. Congratulations to all nominees.” – James Grant, Director, Anjunabeats

Above & Beyond is on tour in North America at the end of December with their eyes set on a massive 2019. Gabriel & Dresden is currently hard at work in the studio working on the follow up to The Only Road.