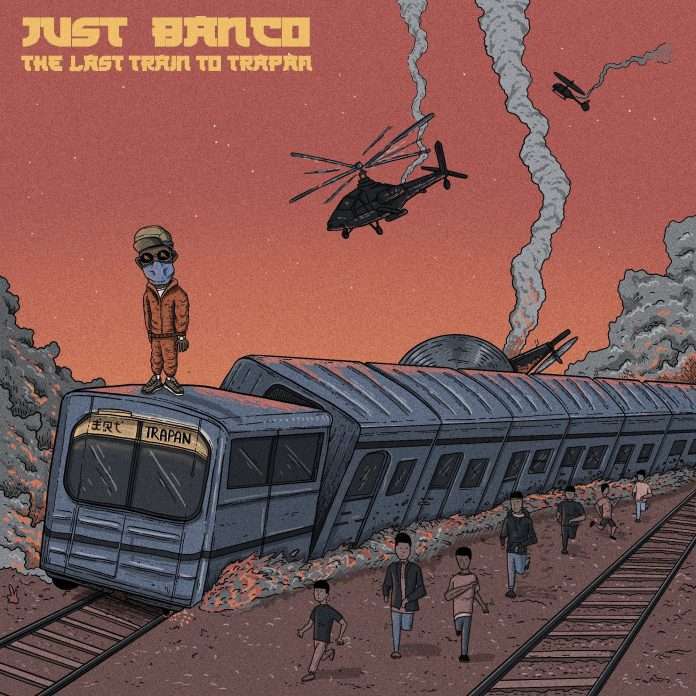 Just Banco – Chun Li
A pioneering artist of Manchester’s burgeoning new generation hip hop scene, Just Banco has enjoyed a huge breakout year in 2018. Signing to revered UK music tastemakers Dirty Hit, Banco released ‘Ashleigh’, a transatlantic turn up anthem that paired a US aesthetic with gritty tales from Manchester’s underground, alongside neon-tinged visuals co-directed by himself. Next came ‘Lad’, an upbeat heater about the ups and downs of Manchester’s street culture, followed by the unconventional swing-heavy stylings of ‘Chun Li’. All this came alongside a triumphant set on the main stage at this year’s Wireless Festival and a swell of critical acclaim being sent his way. Rounding off a stellar year at the apex of UK rap’s creative canon, today Just Banco releases his debut project, the highly anticipated ‘The Last Train To Trapan’.

An allusion to the ‘trapanese’ world that Banco himself has created, ‘The Last Train To Trapan’ while still his debut full body of work, also serves as an anthology to the sound he’s birthed; hosting previous aforementioned singles ‘Ashleigh’, ‘Lad’ and ‘Chun Li’, as well as ‘Soo Yung’ and ‘Can’t Stay’, two tracks that helped to cement Just Banco’s status as one of the UK’s most singular figures in urban music. Opening to the ominous atmospherics of ‘Missing’, Banco asserts his status as one of the UK’s most creative storytellers, retelling life in Manchester’s subcultural underbelly with Banco fully flexing his ability to write insatiable hooks from the outset. Riding an 808-heavy hip hop beat, Banco navigates immersive melodics on ‘Sales Running’, outlining previous business transactions with a relaxed flow, directly juxtaposing the track’s countercultural subject matter. The transatlantic sonic boom of ‘Ashleigh’ comes next, fully flexing Just Banco’s mainstream potential by taking on the sounds of contemporary US hip hop and remoulding them in his own style.

‘Lad’’s afro-swing tinged stylings inject an upbeat vibe to the project, acting as an ode to his hometown of Manchester, ‘Lad’ spotlights Banco as an artist with international impact, but local foundations. ‘Soo Yung’ and ‘Can’t Stay’ brings Banco’s trapanese stylings to the forefront, conveying his pioneering mentality, while ‘Chun Li’ shows how his sound has progressed in a year – reflecting street life under the guise of deft metaphors and wordplay.

Closing on ‘Just Call Me’, ‘The Last Train To Trapan’ showcases an artist who has been quietly influencing the UK hip hop scene for over a year. Creating a project that maps his individuality as an artist, Just Banco has compiled the perfect introduction to what makes him so special as an artist, and with his sound constantly evolving, ‘The Last Train To Trapan’ looks set to travel to bold and exciting new places in 2019.