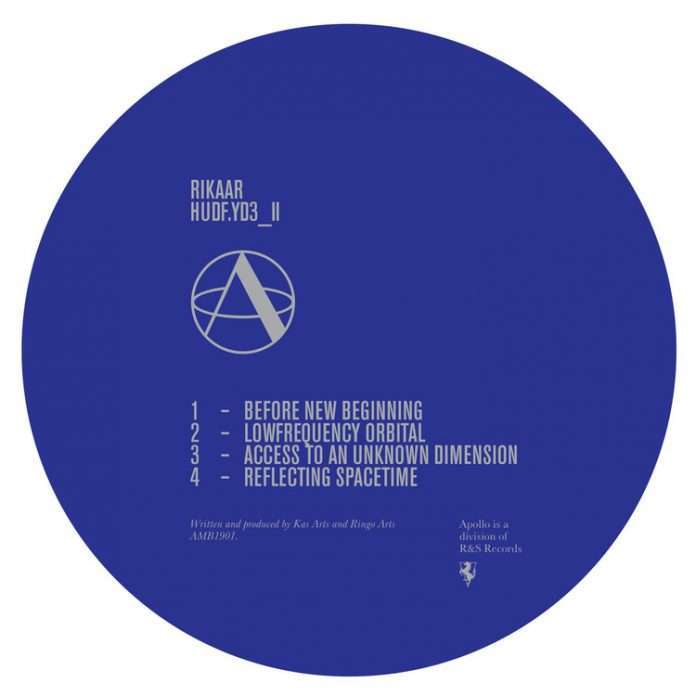 “We love the melodic, quality to classic ambient music,” Kas explains.”“We are also hugely influenced by space music and sci-fi soundtracks; Star Trek The Next Generation, John Carpenter films, Battlestar Galactica and Stranger Things have all left their mark on us musically.”

Accordingly this inspiration seeps into the HUDF.YD3_II EP – the symphonic space sound of Rikaar is not grimly dystopian, yet still it’s not a purely perfect and dreamy place – glacial synth drones oscillate alongside epic sunbursts of reverb drenched synths and heartfelt piano, this is music steeped in memory and nostalgia that looks to the heavens for inspiration.

As they put it: ‘We would like to seduce people, with the beautiful melodies found in the infinite dimensions of space – to make them dream.”

Belgian natives from the german-speaking community, the brothers founded their musical partnership in 2013, with the mission to “spontaneously translate feelings and thoughts into tones and chords”. Kas is the technician of the two, a synthesist and sound specialist, who gave up his saxophone playing in 1995 to dedicate himself to the mastery of his Technics 1210- and to produce his own music. Ringo, who has been playing trumpet since he was six years old and has played in various bands as a keyboard player, enriches the project with his classical musical education and wealth of knowledge.