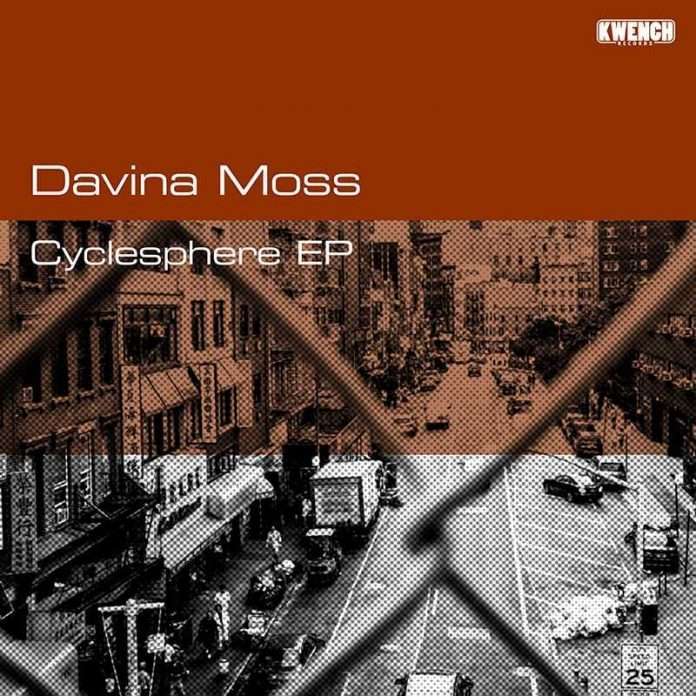 Across the last two decades Ibiza-based Moss has dished her tracks out among hugely influential circles in house music, with previous releases being snapped up by Hot Creations, Hottrax, ViVa Music, Do Not Sleep, Armada Subjekt and Emerald City, among more. Since making Ibiza her home, she’s dominated booths across the island from DC10 to Pacha, Zoo Project and Hï Ibiza, and beyond Balearic shores, she’s known global-wide as she’s torn across the continents.

“I’ve known Davina for many years. She’s in her studio every morning religiously so I’ve a lot of respect for her work ethic and I love her attitude. Kwench Records is a label for dancers and DJs, and this EP covers elements of house and tech house that are playable, valuable tools to have in the bag.” – Cassy

Moss opens the EP with title track ‘Cyclesphere’, a danceable bruiser full of tech flair with vigorous drum patterns pushing for energetic dancefloor synergy. ‘Bora Chaud’ drives the intensity up a notch with a gnarly, low-riding bassline and tripped-out vocals, while the commanding, rhythmic ‘Solar Power’ muscles in for a slice of peak-time heat. Canadian house producer Demuir closes the EP with a rerub of ‘Cyclesphere’, adding in an absorbing dose of his distinguished soulful groove.