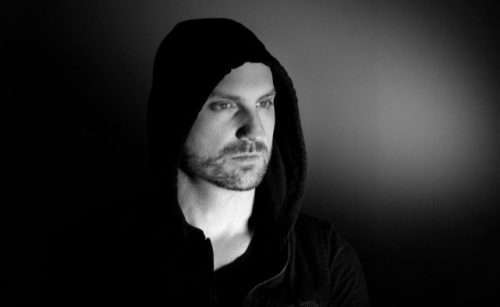 A guitarist long inspired by technical studio masterminds like IAMX and Nine Inch Nails, Walborn was initially mystified by the level of knowledge and expertise needed to craft electronic music. It wasn’t until he picked up a gig playing guitar for an electro artist in Los Angeles that he discovered that a minimal, DIY approach to the material could yield big results, thus eliminating his fear and uncertainty about diving into the genre. “I realized I had what I needed already, being that I had Garageband on my Macbook, and within a few months I had my first album done. It was a really liberating experience and required me to totally rethink my idea of being a musician. I haven’t looked back since.” Nostalgia plays a big role throughout Ghostfeeder’s music. Having been immersed in video games in his youth, Walborn actually utilizes the same hardware and sounds to evoke a time in his life when the world was bigger and more infinite, but somehow simpler and more quaint. “I even use Game Boys, N64, Sega Saturn, and Super Nintendo controllers alongside more typical gear when I perform live. It’s fun for me to show my roots and everyone wants to know how I’m doing it. Some people even ask me if they’re really making the sounds that they’re hearing. Yes, they are!” says the musician.

Following his previous album, World Fameless, Ghostfeeder is back with the highly anticipated new release, Star Beast. Amir Derakh, founding member of Dead By Sunrise, Julien-K, and platinum selling 90’s behemoths Orgy, contributed his technical experience to mixing and providing additional production for the album. As a result of the collaboration, Ghostfeeder’s Star Beastis a stunningly cinematic electro-rock opera, bursting with texture, mystery and nuance. The video game fiend has explored a different palette of warm, old school synths, evoking his most honest and personal work to date. He reveals, “Star Beast, to me, feels like the album I’ve always wanted to write.” Admittedly some of the darkest material he has delivered, Walborn reveals, “it was written during a period of less-than-healthy introspection and a lot of the subject matter has to do with anxiety, depression, and the oppressive feeling that the world’s current state blankets over day to day life. I wanted the music to sound like I felt.” Leading single ‘Veins’ is a summation of the desired sound and represents the variety of sonic places that the album explores. Featuring aggressive, distorted synths, dark lyrical content, and an ear worm lyrical mantra in its chorus, the song emits an ominously simmering vibe before boiling over into its final crescendo. Narrating themes from the hyper-personal to the political, you will hear Ghostfeeder reacting to humanity’s greater need for empathy, its worship of celebrity decadence, and his own personal demons and struggles.

Star Beast was funded by a successful IndieGoGo crowdfunding campaign thanks to a growing and rabidly supportive fanbase, taken in by Ghostfeeder’s relentless touring, distinctive style, and larger-than-life live shows. Ghostfeeder’s other recent successes have been performing and working with his teenage heroes in Julien-K and contemporary muses The Birthday Massacre. He has also toured across North America with the likes of industrial legends PIG, En Esch (both formerly KMFDM), and Grendel. Walborn has also shared stages with Blink 182, Filter, synth wave superstars Dance With The Dead, and Royal Blood to name a few. Join Ghostfeeder on the next chapter of his musical career with Star Beast, due May, 2019.