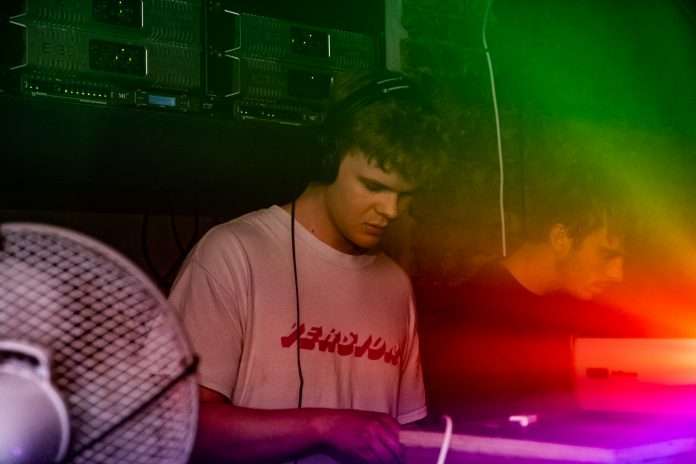 A classically trained instrumentalist primarily based in Sheffield, Randall began making his name as a resident at the cities seminal Pretty Pretty Good parties, quickly picking up the production bug and in recent years scoring a number of heaters, most notably the propulsive techno of 2017’s Mido EP on Version which reached the top of Phonica’s illustrious Singles of the Year list. 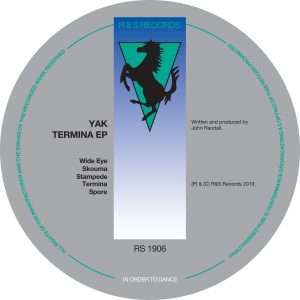 Finding a kinship with the off-kilter grooves found on Swamp 81, Hessle Audio, Livity Sound and Timedance amongst others, Randall’s releases have been tipped by the likes of Ben UFO, Martyn, Objekt, Call Super, Laurel Halo and Midland and marked him out as a name to watch.

Restless rhythms are in full attendance in the inspired rush of the tracks ‘Wide Eye’ & ‘Spore’; “I started them the day after going to a sick party when the energy from the previous night was still fresh in my mind”. The idea for the track ‘Skooma’ came to Randall while at home messing with foley samples and processing random noises like scissors cutting and paper being crunched. ‘Termina’ was constructed after a week long binge of listening to ambient soundscapes, movie & video game soundtracks and fellow R&S allum DjRum’s album on repeat.

Randall’s attention to detail and sonic craftsmanship alongside irresistible rhythms are a key part of what makes Yak music so alluring. “The music I make is always underlaid with a strong percussive foundation first and foremost,” Randall explains “I think interesting and groovy percussion makes the difference between a track that’s cool to listen to and a track that makes you move your body.”

Pedro Vian & Mana will release their new album ‘Cascades’ on...