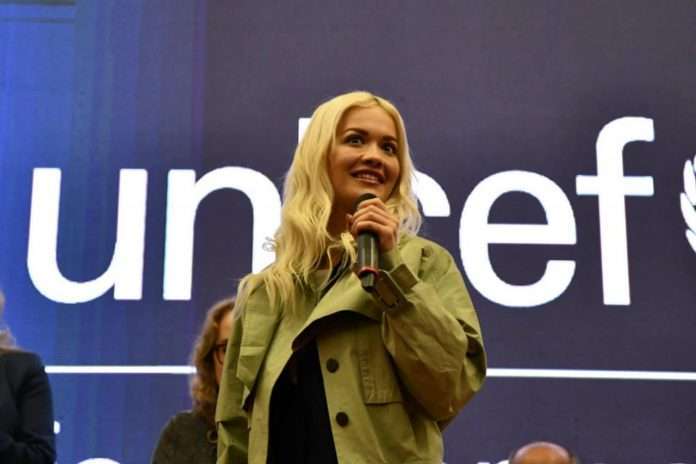 Local media reported that she had visited Ferizaj/Urosevac and a Roma neighborhood in Fushe Kosove/ Kosovo Polje.

“I am so happy and proud to be from here,” Ora said during a talk with children at Unicef’s annual “Active Talks” event, held in Pristina.

“I’ve had the most incredible time learning about the youth of Kosovo and I am really trying to understand so I can do all that I can to help and really support the culture and the youth of today,” she told the crowd.

She said she arrived in Kosovo two days ago, but had kept much of her visit away from the media.

Ora performed at celebrations marking the tenth anniversary of Kosovo’s independence in January 2018.

She was named an honorary ambassador for Kosovo in 2015 by the former president of Kosovo Atifete Jahjaga at the Kosovo embassy in London.

Born in Pristina, her family relocated to the United Kingdom in 1991, citing political reasons for their move.

She achieved her first number one hit in the UK in 2012 with “Hot Right Now”.(balkaninsightreport,photo credit Birn Atdhe Mulla) 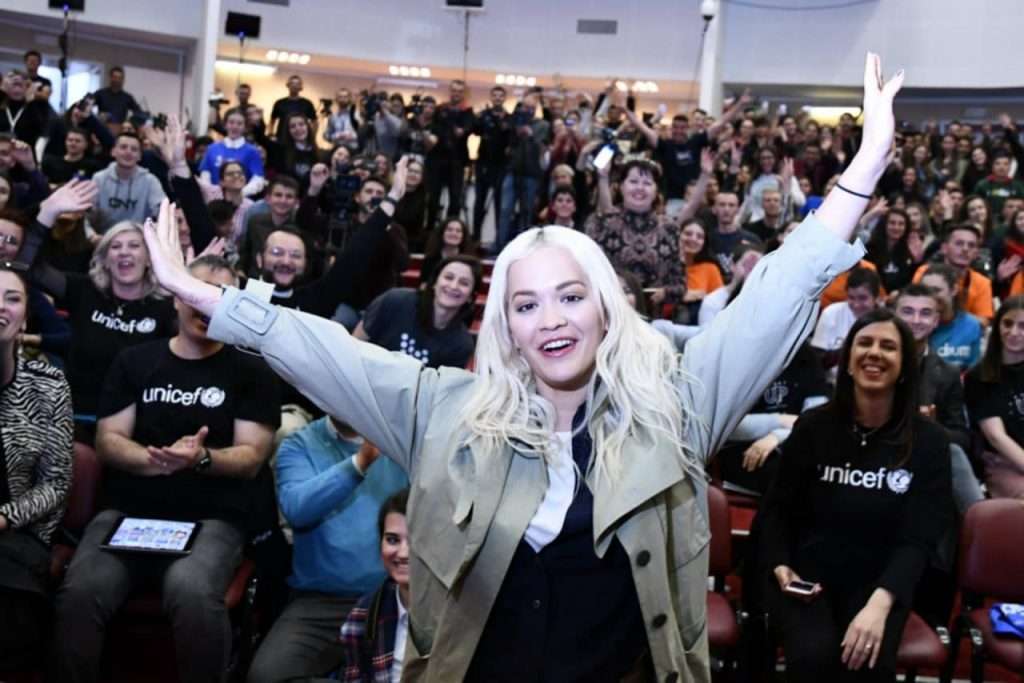 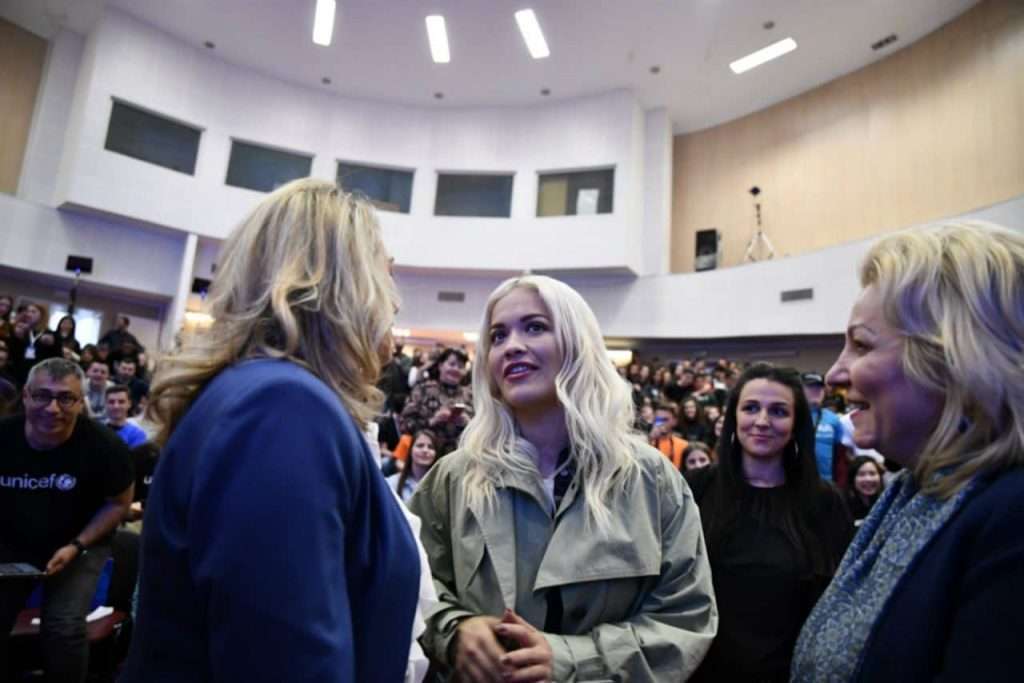