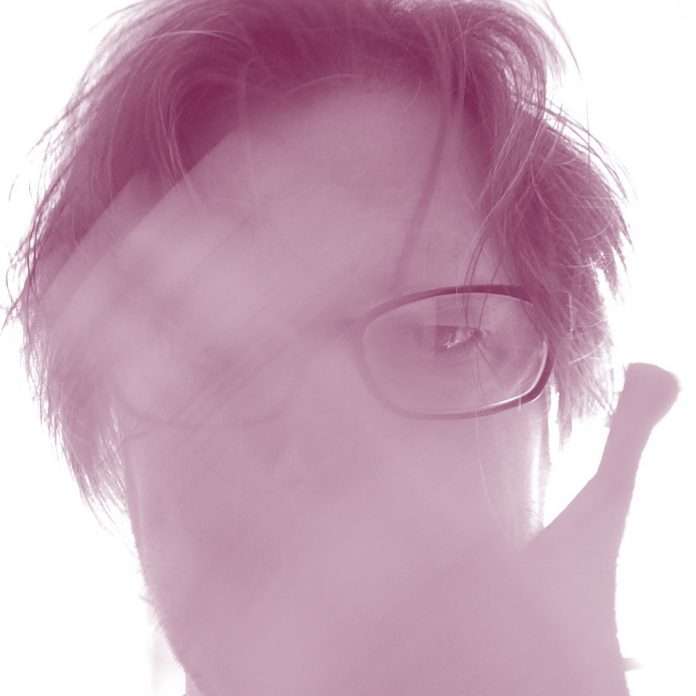 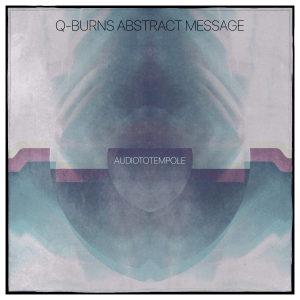 “Touchtones” has bubbled up, a phantom of Q-BAM’s past, originally released as an anonymous and extremely limited 12″ handed out to a solemn few. Once forgotten, its inclusion on AUDIOTOTEMPOLE represents the coinciding of antique Q-BAM with future Q-BAM, told in melodic sweeps of Juno-power. […] In the beginning, music was a dream that we lived in. It was easy to lose sight of that, to wake up and let the day’s reality take control. “Touchtones” is a lullaby, a reminder of our dreaming selves, and this return sends a clue to where Q-BAM is headed. […] The best kind of travel doesn’t include movement.

Q-Burns Abstract Message is an expert time traveler. But it’s not about the physical transportation of bodies into the past or future. Instead, these are sonic waves, vibrating in all directions, touching different eras and territories. Like a Stalker entering ‘The Zone,’ Q-BAM is forever in search of the undefinable. He’ll know it when he sees it, and today it’s looking like an AUDIOTOTEMPOLE.

M. Donaldson is Q-Burns Abstract Message, formerly broadcasting with Astralwerks and a handful of other co-conspirators. Over the decades he’s wielded turntables in locales from Novosibirsk to Antofagasta, but now he’s mostly quiet. Occasionally Q-Burns Abstract Message pops up in someone’s mix set, or mentioned in a blog post, or perhaps in an odd remix. But, for the most part, he’s a known unknown.

Now he’s reappeared, clutching an AUDIOTOTEMPOLE. It’s an homage to a secret history without the stain of nostalgia. These are songs spanning the lost years, buzzing with electricity and ritual ambiguity. “Tremble,” for example, is handed down from clouds, signaling Q-BAM’s transition from mystic to mystical. “Kept in a Shadehouse” undulates in continuous motion, brightly placing tones in orbit around its bristling center. And “Touchtones (1997)” is an earthy clue, creating the temporal connection — past meets present, full circle.