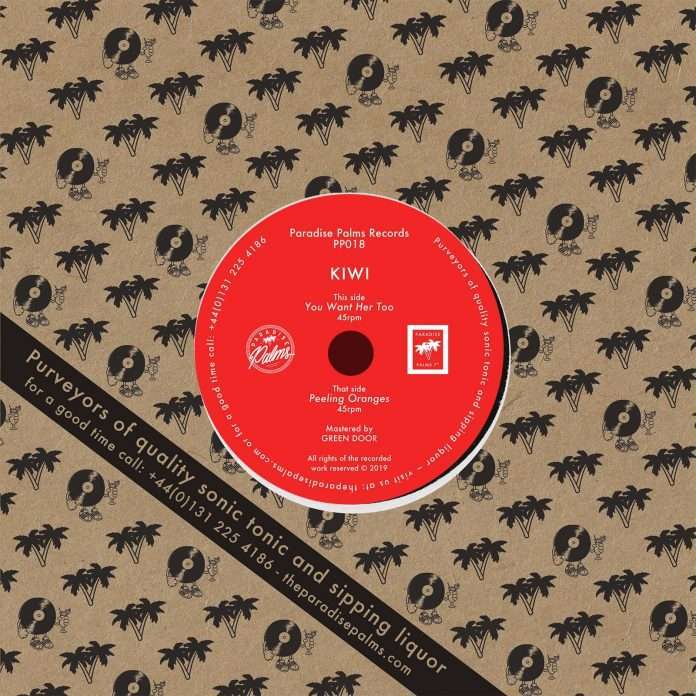 Alex “Kiwi” Warren’s passion for music has been a fire that has long burned within. With acclaimed releases on Disco Halal, Optimo, Moda Black and others, Kiwi’s work has earned him a wealth of support from some of the scenes biggest names such as Andrew Weatherall, DJ Harvey and Gerd Janson. He now joins Edinburgh’s Paradise Palms for the latest instalment of their highly regarded 7” series which has previously seen groovy, off-beat offerings from Tom Blip and Justin Robertson.

“You Want Her Too” is a playful, low slung stomper featuring a slowed-down house beat, pads and a catchy oddball chant from Warren himself. “Peeling Oranges” ups the NRG and uses an italo-strength arpeggiated bass-line to great effect, resulting in a peak time electronic disco smash. Both tracks feature alternative 7” and digital mixes.

“You Want Her Too / Peeling Oranges” is released by Paradise Palms Records on the 7th of June, distributed digitally through EPM and physically through Rubadub.