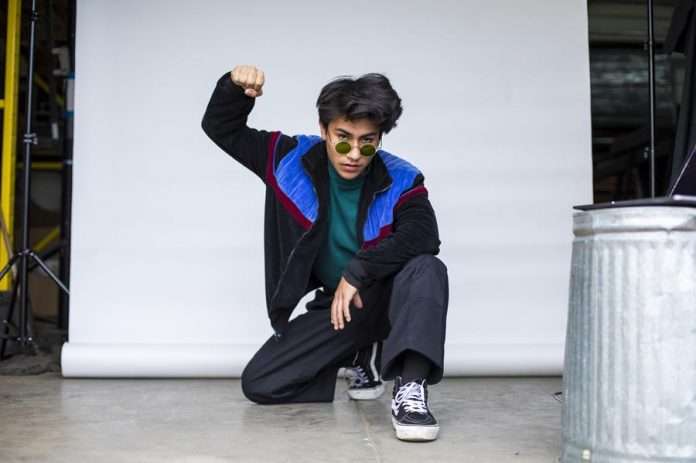 The new single ‘Friends’ is an upbeat and hopeful gem about falling in love, showcasing Mauri’s musical prowess as he plays each and every instrument on the track. The song’s accompanying visual is a glimpse into Los Retros’ world, piecing together footage of Mauri and his friends performing the song and documenting his run opening for Cuco on his sold-out US tour earlier this year.

A first-generation Mexican-American, 19-year-old Mauri began experimenting with music as a child, borrowing his older brother’s guitar at the early age of 8. At 16, he began to release his own songs online made with an old mixer, playing each instrument on the tracks himself. Inspired by record collections from his parents’ generation, Mauri formulated his own sound based on Central and South American soft-rock and alternative pop from the ’70s and ’80s, and his name is an homage to Chilean pop group Los Ángeles Negros.

‘Friends’ follows from Los Retros’ debut track and video for Stones Throw, ‘Someone To Spend Time With’, which racked up over 600k views in three weeks since the release

Los Retros’ debut EP ‘Retrospect’ is a heart-baring journey that draws from Mauri’s own experiences, all told through ear-catching melodies and atmospheric sounds. Across the EP’s 6 songs, Los Retros reflects on life and love with intimate songs that span across a variety of influences from R&B to psychedelic rock.