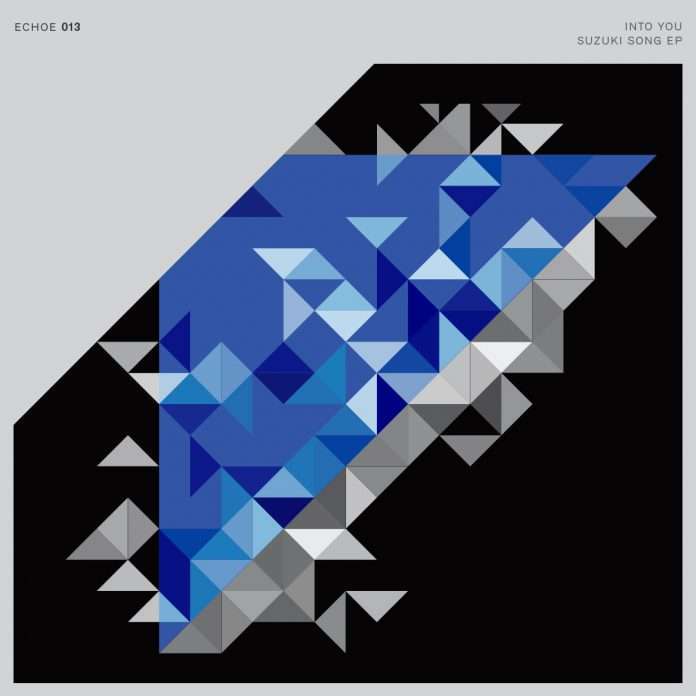 Established Italian talent INTO YOU makes a return to Echoe with Suzuki Song, an eclectic three track release made up of all original records.

The EP begins with the driving under tones of the title track Suzuki Song. Staggered kicks lead into whip like percussion, as flash-like pulses merge with mysterious echoes. Fernando switches things up, with a soft bassline layered underneath a synth roll that gently changes pitch, before Cosmic Bombay harks back to the early days of electro, as futuristic keys churn alongside subtle bongo solos and the occasional zap of acid.

Italian native INTO YOU is no stranger to the scene. It was in 2007 that, under his Kende alias, he set up his own imprint, Lokomotiv Recordings, creating a platform for his own musical expressions. The likes of Francesca Lombardo, Valentino Kanzyani and Mauro Alpha all featured on the label, whilst his DJ career began to burgeon and flourish within the thriving UK music scene. In more recent times, this latest project began with the Perfect Blue EP, made specifically for Echoe in 2016. Fast forward to today, and the Italian maestro makes a welcome return to the label with this stunning three tracker.