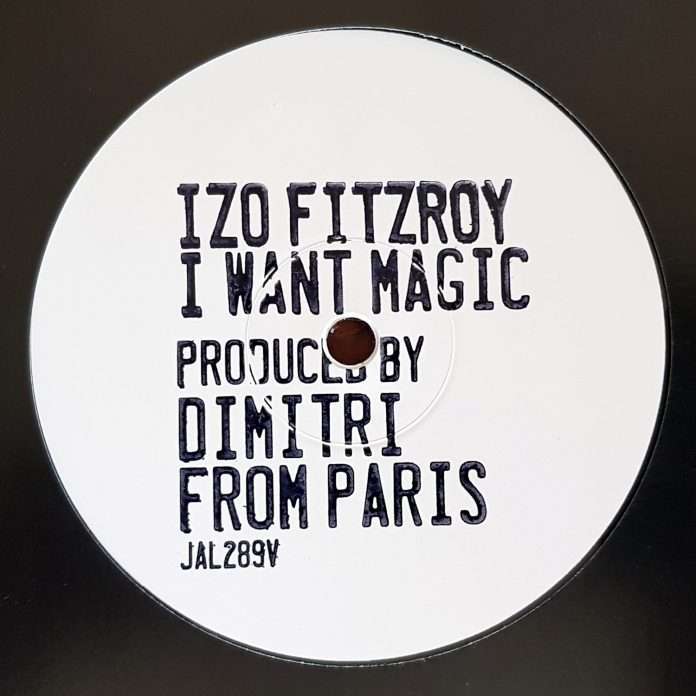 Since bursting on to the scene and into the public’s consciousness a couple of years ago with her debut album ‘Skyline’, Izo FitzRoy has gone from strength to strength. Her gospel and soul drenched compositions coupled with a powerhouse vocal delivery and an ear for a melody made her an instant favourite with fans, critics and contemporaries alike. After a tireless touring schedule and some killer feature collaborations she’s back with some new original material and she’s enlisted the help of the one and only Disco don – Dimitri From Paris!…

Dimitri of course needs no introduction to the Disco and House heads and the king of Glitterbox comes correct off the back of recent projects remixing the Chic catalogue and running his own ‘Le-Edits’ label. He teams up once again with his dream house band – fellow high-flying Parisian jazz/funk crew Cotonete who provide the ‘magic’ backdrop for Izo’s stellar vocal performance.

The track sees Izo wishing for a change in her relationship, longing for yesterday and the feelings of excitement and wonder that a child gets to experience so frequently. Between her towering vocal performances, Cotonete’s classy groove work and Dimitri’s deft studio touches it’s the perfect Disco storm and DJ’s are already lining up around the corner to get their hands on the 12” vinyl!

The Tribe Of Good announce the disco/funk infused and sun-drenched...