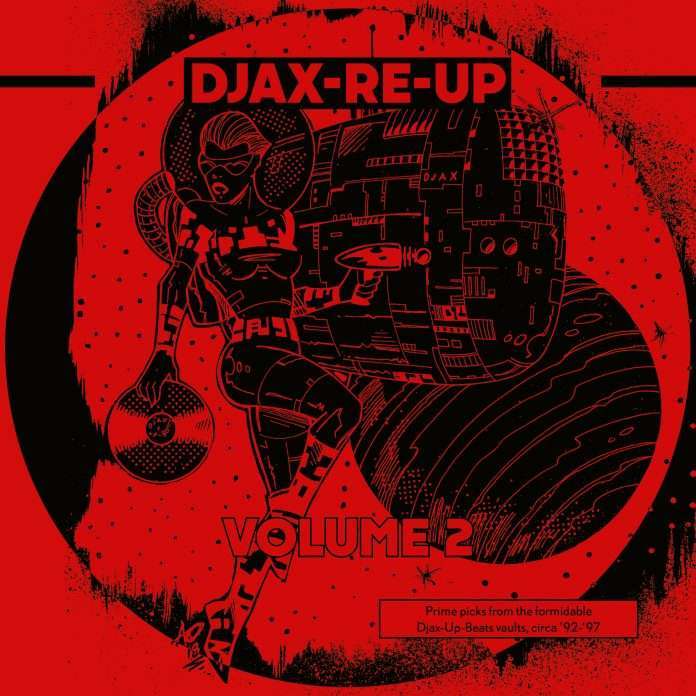 The second edition of Dekmantel’s foray into the era-defining, trans-Atlantic, cult techno label that is Djax-Up-Beats, comes another re-issue of classic 90s cuts. The Dutch label was responsible for releasing some of underground’s most foundational dance music, mixing together Chicago and European artists alike, and acting as the launchpad for some of today’s biggest producers. The release drops on September 2.

The second re-issue EPs, offer a more introspective look at the label’s earlier releases. Leading Volume 2 is Terrace’s ‘Bewitched’, to which DJ Richard has described as being the defining track of the label’s beginnings with its “dreamy, Detroit-style techno mixed with the harder rave elements of Northern Europe”. Glenn Underground’s bass-roller ‘Real Space’ weaves together soulful passion and Chicago prime beats, while Felix Da Housecat ’s Temptation — originally from 1993 — gets a well earned re-release, reminding us of the soulful, deep and lustful energy the producer once had. China White, whose name doesn’t get banded around as much as it should nowadays, see their ethereal hit ‘Theme from the Underground’ get another opportunity to bliss out the more upbeat rave community.

Founded in Eindhoven at the turn of the 90s, Djax-Up-Beats quickly earned an international reputation for being a key source of Chicago house, acid techno, and floor-filling, heavy-hitting, straight up underground 12”s. It’s a sound that spawned the sonic aesthetics of today, and can be heard in the left field techno productions of the likes of Bjarki, Salon des Amateurs and other erstwhile analog junkies.