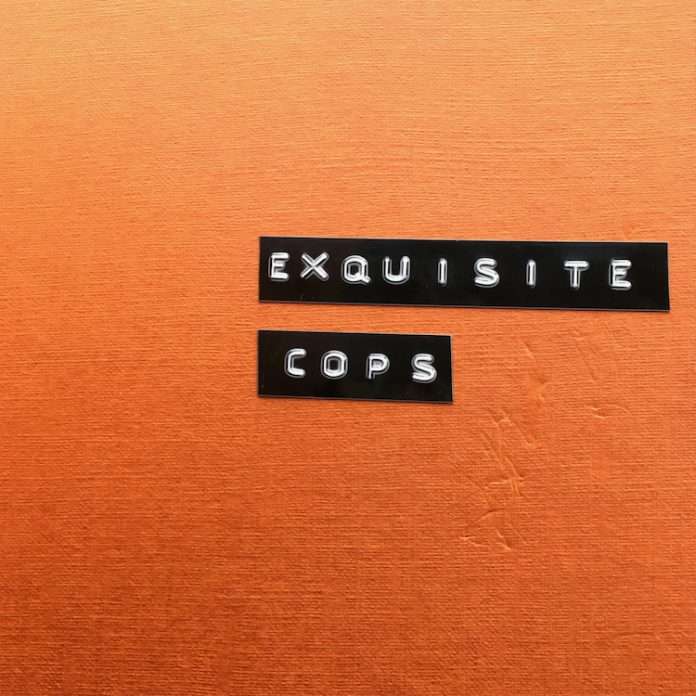 Jas Shaw announces new album Exquisite Cops
In early 2018, Jas Shaw, one half of electronic duo Simian Mobile Disco was diagnosed with a rare, health condition – AL amyloidosis – a disorder of bone marrow cells. Having just completed SMD’s 7th studio album, Murmurations, and with a special show at the Barbican with the Deep Throat Choir scheduled for April and the album due out in May, things were thrown into confusion. At the time, no one, including Shaw, knew how the treatment and prognosis would pan out. Jas had to start chemotherapy treatment almost immediately, which meant cancelling SMD’s live touring. The duo decided to go ahead with the Barbican show in spite of Shaw’s illness, which was especially poignant as all involved knew it could potentially be SMD’s last ever live performance – in the end it turned out to be a tour-de-force. If this was SMD’s swansong, so be it.

In the year that followed, Jas spent the months receiving weekly chemotherapy treatment, learning to live with his condition, and when he felt well enough, spending hours in his studio making music.

The result of this was twofold, firstly a collaborative album with Derwin Dicker (Gold Panda ), released as Selling – On Reflection, on City Slang records in Nov 2018. Secondly, a steadily growing archive of solo work, which are being released steadily since April. Entitled “The Exquisite Cops”, this 20+ track growing body of work is seeing the light of day via SMD’s own Delicacies label – with a 2-track single released every fortnight and a limited edition double LP now scheduled for September 27.

At the end of 2018 a difficult year was capped with hopeful news. With his condition in remission, able to stop chemotherapy Jas is able to start DJing and playing live again. He plans to move ahead with stem cell therapy later in the year.

Jas: “The Exquisite Cops tracks seem to have made their own system for creation. Normally I record electronic music like a band would, as a take. Certainly it’s nice to have the parts multi-tracked so that you can process, edit and mess with the recording after it’s done but the key is to get at much of that moment captured as possible, commit to decisions, don’t give yourself to many layers of undo. So, it’s kind of surprising to me that that this batch of tracks wasn’t made this way. Instead of a single take that gets edited and perhaps developed these tracks were all made in bits, usually months apart. Some days I’d make a drum track, often editing it down so that it’s some sort of semblance of a structure; on other days I’d end up just making a synth sound or texture. This wasn’t something that I gave into reluctantly, it’s nice to be able to give a feedback based pad your whole attention rather than just set it up and only attend to it if it gets really out of hand.

The process of matching these misfits together was originally born out of laziness, rather than break open the synths to make something to develop an idea, what if I could just use something that I already had; slack. The interesting thing was that in pulling two takes together that were done months apart, they cast each other in a different light and though sometimes making them fit together was a hatchet job, sometimes they locked up together in an improbable way, making the rough structures that I’d improvised make a different sort of sense; often a more interesting sort of sense.

The more I did this the more it felt like this was not just a slacker’s way to use up offcuts, this resulted in combinations that I’d probably not have chosen if I’d done the tracks in one go. Also, and I know this isn’t something that’s important to everyone, there was a level of fastidious detail that I’d never have got if I’d had the textural and rhythmic elements playing together. It’s a longwinded process but it’s changed how I record and how I think about recordings I’ve made; plus I enjoy all parts of it so why cut it short?”