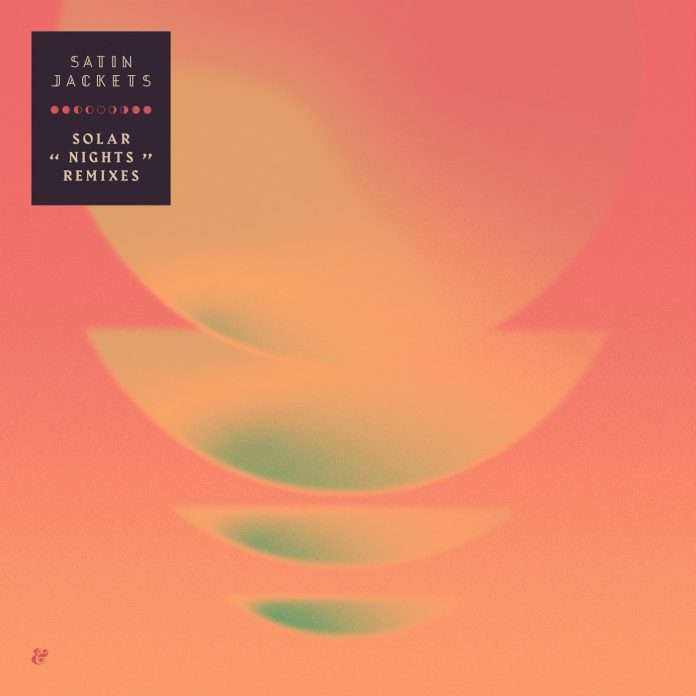 Following on from the release of ‘Solar Nights’, the critically acclaimed 2nd album from German producer Tim Bernhardt, aka Satin Jackets, Eskimo Recordings have turned to a handpicked selection of up & coming producers and old friends to reinterpret several of the album’s key tracks.

With more than 11 million streams on Spotify alone, ‘Northern Lights’, Satin Jackets’ collaboration with David Harks formed a centre piece of the new album. Having made his debut on Eskimo in 2018 Russian producer Antenna steps up to subtly rework the track with organic sounding drums, delicate synth melodies and uplifting diaphanous synths that raise up Harks’ vocals to new heights.

Having featured on Eskimo’s 2015 compilation ‘The Orange Collection’, French producer Anoraak returns to the label with his take of the sultry ‘Mirage’, turning in another classic disco number that drips with Parisian sophistication and elan, stripping the track back to a sinuous bass line, synth stabs and swirling strings that wouldn’t sound out of place alongside a classic Holland–Dozier–Holland production.

If anyone was going to do justice to ‘Athena’, Satin Jackets and Anduze’s tribute to the Greek capital it was surely going to be label regular, and resident of said city, NTEIBINT and perfectly capturing the track’s laid back bittersweet nature, NTEIBINT turns in a remix as fresh as a Peloponnese breeze at the end of long hot summer’s day.One of the last singles to be released from ‘Solar Nights’, Satin Jackets collaboration with Australian artist Panama has nonetheless quickly established itself as a fan favourite.

Keeping things local Eskimo have turned to up & coming Melbourne producer The Oddness whose remix dials down the tempo and up the intensity, transforming the track into a spacey, hypnotic number.Finally Dutch producer Knight One returns to Eskimo after a 5 year break to take on the ‘Solar Night’s final single ‘Just Like You’. The result is a seductive, sensual pop track that eases its way into your ears, massaging the brain’s pleasure centres.

Whilst Bernhardt is already at work on new material these remixes offer a satisfying postscript to ‘Solar Nights’, offering alternative takes sue to soundtrack discos, festivals and pool parties throughout the summer and beyond.