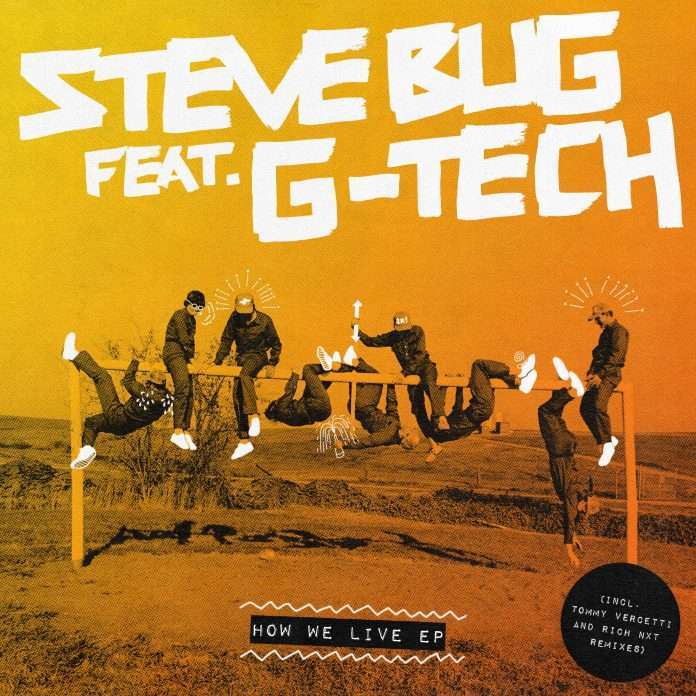 Fronted by the original mix, ‘How We Live’ delivers an unequivocal benchmark for Bug’s trademark fusion of deep house and minimal techno. Supported by G-Tech’s moody and frantic vocal delivery, ‘How We Live’s’ pulsating industrial experimentation and off-kilter hi-hats align for that 3am euphoria that keeps the punters dancing until the sun comes up.

Musical myriad and resident DJ at Fuse London Rich NxT remixes ‘How We Live’ with deafening edge by employing a solid tech house beat and much darker, more hypnotic atmospherics. Fabric resident and underground phenomenon Tommy Vercetti revamps ‘How We Live’ by resurrecting some of house’s earliest sounds and sparsely unitizing the vocal from the original to serve up a unique rework.

‘How We Live’ EP will be available exclusively via Beatport on 30th August 2019 and everywhere else two weeks later.